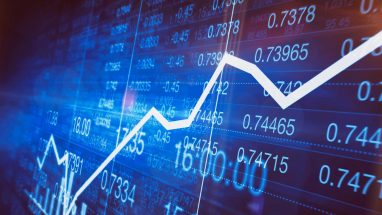 Mumbai, Dec 4 (PTI) The BSE benchmark Sensex dropped over 100 points in early trade Tuesday amid mixed cues from other Asian markets, rising crude prices, weak rupee and heavy selling by domestic institutional investors.
The 30-share index was trading 133.27 points, or 0.37 per cent, lower at 36,107.73 at 0945 hrs. The index had closed with a marginal gain of 47 points at 36,241 Monday. In similar movement, the NSE Nifty was trading 31.20 points, or 0.29 per cent, down at 10,852.55.
Investors turned cautious after the euphoria over US-China trade settled, and uncertainty over negotiations between the two countries during the next 90 days rose. The White House announced after talks between President Donald Trump and Chinese counterpart Xi Jinping on Saturday that a tariff hike that had been due on January 1 would be suspended for three months while the two sides negotiate a resolution. US President Donald Trump and his Chinese counterpart Xi Jinping agreed to a truce and halted their tariff war at the G20 meet.Market is also in wait-and-watch mode ahead of the outcome of the Reserve Bank of India’s fifth bimonthly monetary policy meeting for 2018-19.
Top losers include HDFC, M&M, NTPC, Kotak Bank, HDFC Bank, Adani Ports, PowerGrid, Bharti Airtel and Reliance Industries, falling up to 2 per cent.
While, gainers include Yes Bank, ONGC, Hero MotoCorp, Sun Pharma, Bajaj Auto, Tata Motors, Coal India, Infosys, TCS, ICICI Bank and Asian Paints, rising up to 2 per cent.
On a net basis, foreign portfolio investors (FPIs) bought shares worth Rs 293.12 crore Monday, while domestic institutional investors (DIIs) were net sellers to the tune of Rs 806.45 crore, provisional data available with BSE showed.The rupee, meanwhile, depreciated 9 paise to 70.55 against the US dollar in early trade at the interbank foreign exchange, amid strengthening of the US dollar and rise in crude oil prices. Brent crude, the international benchmark, was trading 1 per cent up at USD 62.31 per barrel.
Elsewhere in Asia, Hong Kong’s Hang Seng was down 0.26 per cent, Japan’s Nikkei fell 0.97 per cent and Shanghai Composite Index edged higher by 0.04 per cent in early trade. On Wall Street, the Dow Jones Industrial Average index rose 287.97 points, or 1.13 per cent, to 25,826.43 on Monday.