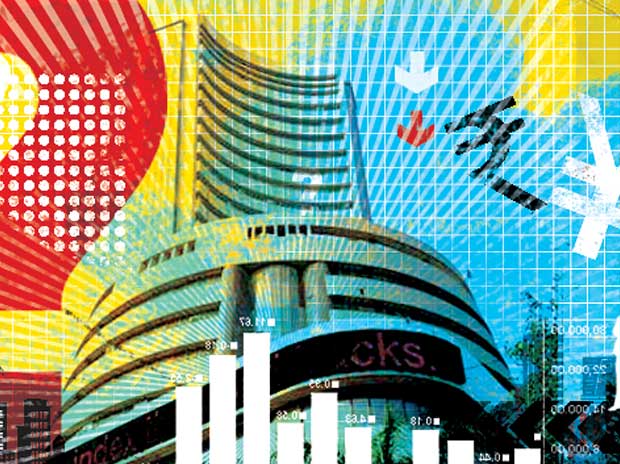 Market benchmark BSE Sensex retreated from record levels to end almost flat at 37,665.80 points today due to profit booking in banking and energy stocks after a recent rally.
The broader NSE Nifty, however, extended its record run for a third straight session and closed at a fresh record high of 11,389.45, showing marginal gain of 2.35 points or 0.02 per cent. Intra-day, it hit a new high of 11,428.95 and a low of 11,359.70.
Stock markets were volatile today even as global markets posted gains on encouraging corporate results and gains in oil stocks.
The Sensex opened higher and rallied to a fresh life-time high of 37,876.87 in early trade. However, it succumbed to profit booking, before finally ending at 37,665.80 points, down by 26.09 points, or 0.07 per cent.

Vinod Nair, Head of Research, Geojit Financial Services Ltd said, “Market was range bound after touching a new high. Global cues were positive despite concerns of trade tensions. Back home, PSU banks slid on account of profit booking after two consecutive days of rally.
“Earnings were largely in line with market expectation while positive guidance for sectors like consumer durables, pharma & select large caps will enthuse the market to have a positive momentum.”
Adani Ports was the top loser in the Sensex pack, falling by 6.49 per cent after the company reported 9 per cent decline in consolidated profit for the June quarter.

In line with overall trend, the S&P BSE Small-Cap index shed 0.22 per cent while the mid-cap index inched down 0.18 per cent.
While metal index top the gainers list, by surging 1.27 per cent after copper prices rose in global commodity markets.
NMDC was up 6.24 per cent, Jindal Steel & Power 3.45 per cent, Steel Authority of India 1.86 per cent, Hindalco Industries 1.32 per cent, Vedanta 1.25 per cent and JSW Steel 1.08 per cent.

Other sectoral indices such as consumer durables, auto, teck and IT also managed to close in the green, rising up to 1.25 per cent.
The market breadth turned negative as 1,471 stocks closed in red while 1,255 stocks finished in green and 149 ruled steady.