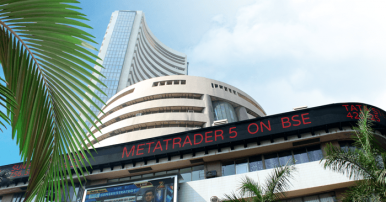 Mumbai, Sep 27 (PTI) Benchmark indices Sensex and Nifty gave up most of their initial gains after investors turned cautious ahead of September futures and options (F&O) expiry Thursday amid weak Asian cues after the US Fed raised interest rates for the third time this year.

Investor sentiment was briefly boosted after the government Wednesday raised import duties on 19 items, including jet fuel and air conditioners, as it looks to check the widening current account deficit resulting from high crude oil prices and the rupee dipping to a historic low.

However, the 30-share BSE index, after rising over 169 points at the outset on short-covering in view of ending September series expiry in the derivatives segment and strength in the rupee, turned choppy and was trading 56.18 points, or 0.15 per cent, higher at 36,598.45 at 0930 hrs.

The rupee strengthened by another 22 paise to quote at 72.38 against the dollar in early trade at the forex market.

Elsewhere in Asia, Shanghai Composite Index shed 0.39 per cent, Hong Kong’s Hang Seng was down 0.34 per cent in their early deals. Japan’s Nikkei too fell 0.13 per cent.