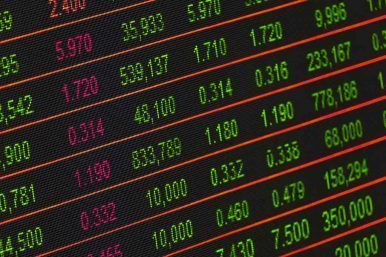 Mumbai, Aug 24 (PTI) Benchmark indices inched higher, but were trading on a volatile note in early trade amid rising trade tensions between the US and China as talks between the two countries ended without any significant outcome.
The BSE Sensex was trading at 58.61 points, or 0.15 per cent, higher at 38,395.37. The index had hit a high of 38,428.99, rising 92.74 points, or 0.24 per cent, in opening session.
The gauge had gained 673.20 points in the past four sessions.
The wider NSE Nifty too rose 21.85 points, or 0.18 per cent to 11,604.60.
Brokers said besides profit-booking at record levels, a mixed trend at other Asian markets following a negative leads from Wall Street dented the trading sentiment here.
Investors are also cautious ahead of Federal Reserve Chairman Jerome Powell speech at the annual global central bank conference in Jackson Hole later in the day.
Major gainers include PowerGrid, Axis Bank, Coal India, SBI, NTPC, Tata Steel and M&M with up to 1.58 per cent gains.
While, ICICI Bank, Bharti Airtel, IndusInd Bank, Infosys, Wipro, Yes Bank, HUL and Sun Pharma fell up to 1 per cent.
Domestic institutional investors (DIIs) bought shares worth a net of Rs 142 crore, while foreign portfolio investors (FPIs) accumulated shares worth a net of Rs 433.21 crore yesterday, provisional data showed.
Asian stocks were mixed, tracking overnight losses on the Wall Street.
Hong Kong’s Hang Seng was down 0.81 per cent, Shanghai Composite Index fell 0.28 per cent, while Japan’s Nikkei was up 0.31 per cent in early trade.
The US Dow Jones Industrial Average ended 0.03 per cent lower in yesterday’s session.