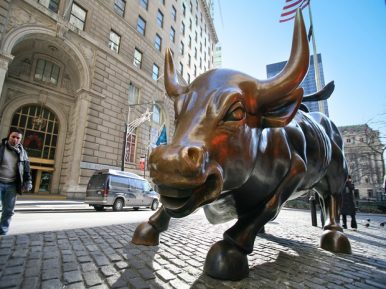 Mumbai, Nov 27 (PTI) The BSE benchmark Sensex opened on a positive note for the third successive session Wednesday, rising nearly 200 points, on positive global cues as investors await comments from the US Fed and hope for a trade deal between the US and China.

According to analysts, the fall in crude oil prices have catapulted bullish sentiments on the street.

“International markets will focus on the G20 meeting in Buenos Aires next week for cues on the ongoing US-China trade spat,” they added.

While, Yes Bank was the biggest loser, falling over 4 per cent, after Moody’s Investors Service Tuesday downgraded Yes Bank’s ratings to non-investment grade and changed the bank’s outlook to negative from stable on the back of various resignations from the board.

Reports that the sparring promoters of Yes Bank were inching towards a truce failed to lift the stock as there was no clarity over the exact status of the talks with one camp claiming it was at an advanced stage and the other not being on the same page.

Sources close to Rana Kapoor Tuesday evening claimed that settlement talks were at an “advanced stage”, while the Madhu Kapur family maintained that the “discussions are still on”.

“It is an over five-year-old battle and it will take time for a consensus to emerge. We are not anywhere near a consensus now,” sources close to the Madhu Kapur family told PTI.

Meanwhile, the rupee depreciated by 10 paise to 70.89 against the US dollar in early trade at the interbank foreign exchange amid strengthening of the US dollar against some currencies overseas.