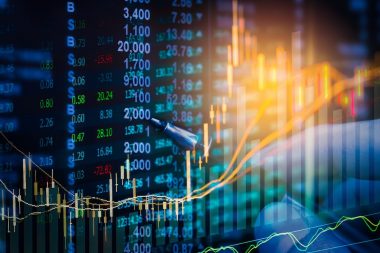 Top gainers in morning trade include Yes Bank, SBI, Tata Motors, Vedanta, BHarti Airtel, Infosys, HUL, Asian Paints, Wipro and ITC, rising up to 3 per cent.
Sun Pharma, on the other hand, was the top losers on both indices, falling up to 2 per cent, after market regulator Sebi Wednesday said it was examining the whistleblower complaint against Dilip Shanghvi-led Sun Pharmaceutical Industries.
A whistleblower had last month approached Sebi with a document alleging various irregularities by the company, its promoter Shanghvi and others.

Other losers include Hero MotoCorp, Coal India and HDFC, shedding up to 1 per cent.
According to traders, investor sentiment on Dalal Street was positive on expectation that new RBI Governor Shaktikanta Das would work more closely with the government.

Das was appointed RBI chief Tuesday evening — within a day after the sudden resignation of Urjit Patel — following deep friction between the RBI and the government over a host of issues, including the central bank’s governance, capital reserves and also certain regulatory policies like the PCA framework for half the state-run banks and credit concerns to some key vote-banks in the industry.
“The government is not just a stakeholder, it also runs the economy and the country and manages major policy decisions. There has to be free, fair, objective, and frank discussions between the government and RBI,” Das, the former finance secretary who oversaw the controversial note-ban exercise, told reporters in his maiden address.

The rupee, meanwhile, opened 31 paise higher at 71.70 against the US dollar.
On a net basis, foreign portfolio investors (FPIs) sold shares worth Rs 1,299.43 crore Wednesday, while domestic institutional investors (DIIs) were net buyers to the tune of Rs 1,121.29 crore, provisional data available with BSE showed.
Elsewhere in Asia, Hong Kong’s Hang Seng was up 1.40 per cent, Japan’s Nikkei gained 0.99 per cent, and Shanghai Composite Index rose 1.60 per cent in early trade.
On Wall Street, The Dow Jones Industrial Average index rose 157.03 points, or 0.64 per cent, to 24,527.27 on Wednesday.