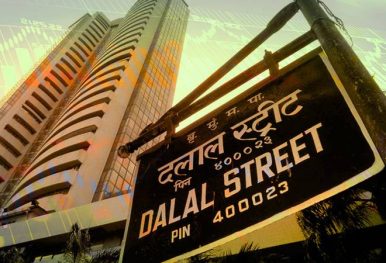 Mumbai, Oct 1 (PTI) Benchmark Sensex jumped 299 points to close at 36,526.14 Monday as the RBI announced measures to shore up liquidity amid the government pressing for a change of management at the crisis-hit IL&FS.
Positive manufacturing PMI data for September and healthy auto sales numbers also reassured investors, brokers said.
The Sensex opened on a strong note at 36,274.25 but soon declined due to concerns surrounding the NBFC space and the commercial paper market. However, it recovered in afternoon trade to touch a high of 36,616.64, before finally closing higher by 299.00 points, or 0.83 per cent, at 36,526.14.
The NSE Nifty gained 77.85 points, or 0.71 per cent, to finish at 11,008.30. Intra-day, it shuttled between 10,821.55 and 11,035.65.
The Reserve Bank Monday announced that it will inject Rs 36,000 crore liquidity into the system through purchase of government bonds in October to meet the festival season demand for funds.
Meanwhile, the government has moved the National Company Law Tribunal (NCLT) for change of management at the crisis-hit IL&FS, according to a senior official.
Debt defaults by certain group entities of diversified IL&FS have triggered fears of liquidity crisis in the financial markets and the RBI has been taking steps to improve the overall cash situation.
On a net basis, foreign institutional investors (FIIs) sold shares worth Rs 1,699.94 crore Friday, while domestic institutional investors (DIIs) bought shares to the tune of Rs 3,256.34 crore, as per provisional data.
The country’s manufacturing sector activity improved in September amid gains in new orders, output and employment, a monthly survey said Monday.
The Nikkei India Manufacturing Purchasing Managers’ Index strengthened slightly in September to 52.2, up from 51.7 in August, as sales rose from both domestic as well as foreign clients.
Bajaj Auto reported a 17 per cent increase in total sales in September, while Hinduja Group flagship Ashok Leyland reported 26 per cent rise in total sales.
Other major auto players that posted a rise in September sales included utility vehicles major Mahindra & Mahindra (M&M), Tata Motors and Royal Enfield, the two-wheeler division of Eicher Motors.
The country’s largest car maker Maruti Suzuki India (MSI), however, reported a marginal decline.