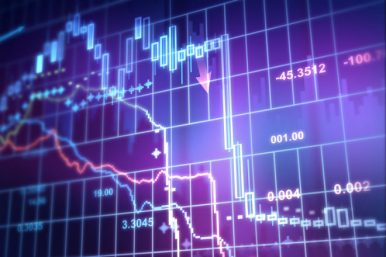 Mumbai, Sep 10 (PTI) Market benchmark BSE Sensex tanked 468 points or 1.22 per cent to end below the 38,000 mark as the rupee falling further to a record low and widening current account deficit spooked investors.

Negative leads from global markets as investors were cautious amid fears of a possible escalation in the US-China trade conflict hit the market sentiment.

US President Donald Trump last week threatened tariffs on all Chinese imports, while Beijing warned of retaliation if the US goes ahead with any new measures.

Sentiment also took a blow after Moody’s Investors Service said sustained weakening of the rupee is “credit negative” for Indian companies which generate revenue in rupees but rely on US dollar debt to fund their operations.

The Indian rupee has depreciated 13 per cent so far in 2018 and has touched a historic low of Rs 72.67 to a dollar but staged a comeback on the strong intervention of the Reserve Bank.

Meanwhile, India’s current account deficit (CAD) widened to USD 15.8 billion in April-June this year as against USD 15 billion in the same quarter of 2017-18 in value terms, mainly due to a higher trade deficit, according to RBI data released Friday.

In tandem with stock markets, the rupee too continued its weakness and depreciated to a fresh record low of 72.67 (intra-day) against the dollar at the interbank foreign exchange market. Capital outflow worries amid heavy demand for the US currency from importers, particularly oil importers also weighed on the sentiment.

Vivek Waghmode - Thursday, 5 August 2021
Maharashtra Social Justice Minister Dhananjay Munde has asked the authorities to speed up the work related to the welfare and development of the sugarcane cutters, according to www.uniindia.com. He had convened a meeting to take review of the work related to the projects launched for the welfare of cane cutters.