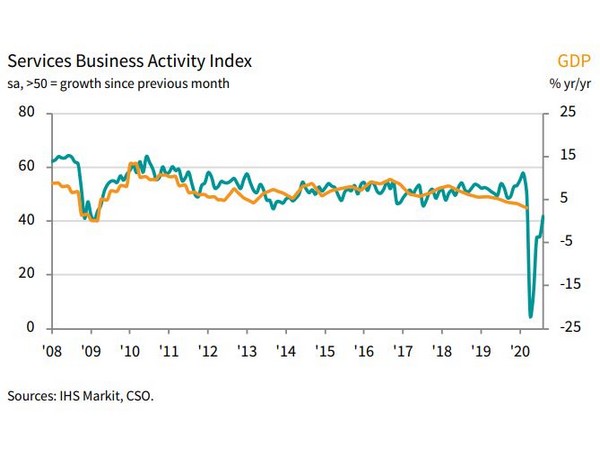 The ongoing coronavirus pandemic 2019 (COVID-19) restrictions continued to adversely impact client demand and business operations. New business and output continued to contract at marked rates, albeit slower than the records seen in April and May.
Restrictions also contributed to a record increase in outstanding business. Meanwhile, sustained revenue losses through the second quarter and increasing cost burdens led companies to raise charges for the first time since March.

The seasonally adjusted India Services Business Activity Index rose sharply from 34.2 in July to 41.8 in August, the highest since March, before the escalation of the global COVID-19 pandemic. Nevertheless, the latest reading by coming in below the 50 neutral value again indicated a continued decline in business activity.

According to respondents, the fall in output was linked to a further weakening of demand conditions during August, while some businesses remained closed as a result of ongoing lockdown restrictions. The rate of contraction in output was solid overall despite easing from the previous survey period as some firms gradually resumed operations.

The rate of contraction was among the steepest since the start of the series in September 2014 and was surpassed only by the unprecedented lows seen earlier in the current period of decline.

Reduced business activity saw the Indian service sector operating below capacity. As a result, firms reported job shedding for a sixth consecutive month. The fall in employment was only modest, however, and much slower than July’s record.

Ongoing Covid-19 restrictions and temporary business closures meant that firms were unable to process previously-placed orders, which led to incomplete work increasing for a third month running. Moreover, the pace of increase was substantial and the fastest since the survey began in December 2005.

“August highlights another month of challenging operating conditions in the Indian services sector,” said Shreeya Patel, Economist at IHS Markit. ” Sustained periods of closure and ongoing lockdown restrictions in both domestic and foreign markets have weighed heavily on the health of the industry.”

Looking ahead, sentiment was neutral. Two-thirds of panelists expected output in the year ahead to remain unchanged on current levels. While some firms hoped for the passing of COVID-19, others noted market uncertainty and expectations of extended lockdown measures to weigh on future activity.

The panel is stratified by detailed sector and company workforce size based on contributions to GDP.