Facebook
Linkedin
Twitter
Home All News Services To Be Impacted On May 30-31 If Bank Unions Go On... 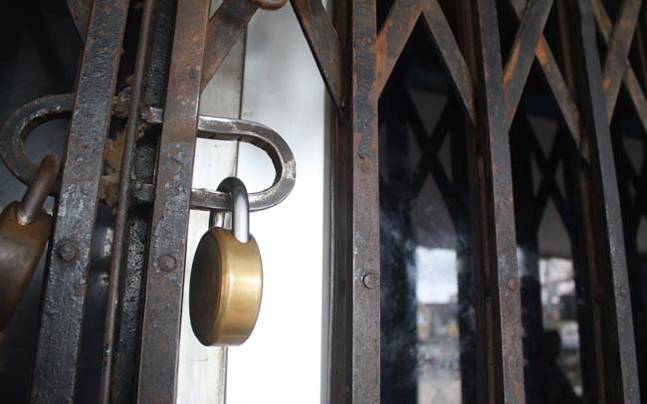 New Delhi, May 21 (PTI) The country’s largest lender SBI today said its services may be impacted on May 30-31 if the proposed strike by various bank employees’ unions take place.

The bank unions have been pressing for various demands, including wage revision in the wake of the proposal for a 2 per cent hike in salary.

State Bank of India said the Indian Banks’ Association (IBA) has communicated to the bank that the United Forum of Bank Unions (UFBA) has served a notice to go on a nationwide bank strike on May 30-31, 2018.

UFBU is an umbrella body of various bank unions like AIBEA, AIBOC, NCBE, AIBOA, BEFI, INBEF, INBOC, NOBW and NOBO.
“All India State Bank Officers’ Federation and All India State Bank of India Staff Federation are members of UFBU. Thus, it is likely that our bank will also be impacted to some extent by the said strike calls,” SBI said in a regulatory filing.

According to an UFBU circular, earlier on May 16, it gave a memorandum to IBA followed by demonstrations. It also gave memorandum to the finance ministry and labour ministry.

Tomorrow, it is slated to give a memorandum to the secretary of the Department of Financial Services. Subsequently, demonstrations have been planned at bank branches in all centres before the two-day strike commences at month-end.

The call of the strike among others also opposes IBA’s delay in resolving a charter of demands, government’s casual approach to wage revision for bank employees, a meagre offer of 2 per cent hike in wage revision.

Several others banks, including Bank of Baroda, Canara Bank and Punjab and Sind Bank (PSB), have also said that their services and functioning are likely to be impacted if the strike takes place.

“If the strike materialises, a certain section of the Bank’s employees may participate in strike on the said date, in which case, it is likely that the normal functioning of the branches / offices of the Bank may get affected,” PSB said last week.

The bank said it is taking all necessary steps in terms of the existing guidelines to deal with the strike and for smooth functioning of Bank’s branches/offices.