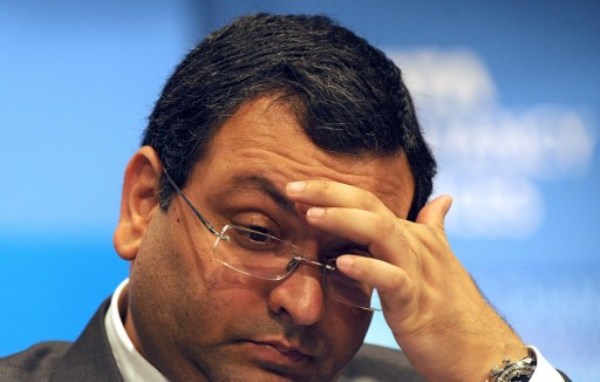 In a set back to ousted Tata Sons chairman Cyrus Mistry, a company law tribunal today ruled that the board of the USD 100 billion conglomerate was competent to dismiss its executive chairman, and said it found no merit in his allegations of mismanagement in Tata group firms.
The National Company Law Tribunal (NCLT) rejected Mistry’s contention of proportional representation on Tata Sons board saying his conduct did not augur well for the smooth functioning of the group.
While Mistry said the ruling was “disappointing although not surprising” and an appeal on merits will be pursued, Tata Group patriarch Ratan Tata said the ruling was a vindication of the actions that Tata Sons took against him in October 2016.
Ruling on Mistry’s December 2016 petition against his “illegal” removal as chairman of the salt-to-software conglomerate after a four-year stint, Mumbai NCLT’s division bench — presided by B S V Prakash Kumar and V Nallasenapathy — said that he was ousted because the Tata Sons’ Board and its majority shareholders had “lost confidence in him”.
While Mistry’s family, through a set of two investment firms, is the single biggest shareholder in Tata Sons with around 18 per cent interest, the Tata Trusts – a group of public charities – hold over 66 per cent. Ratan Tata is chairman of the Trust.
A special bench of the tribunal held that the Board of Directors at Tata Sons was “competent” to remove the executive chairperson of the company.
Reading out the judgment’s operative part, the bench said that “he (Mistry) admittedly sent out crucial information related to the Tata firms to the Income Tax department, leaked information to the press, and after he came out in public against the company and its board members”.
It further said: “The removal of Cyrus Mistry as executive chairperson was because the board lost confidence and not because they were contemplating that he would cause discomfort to Ratan Tata, Soonawala (N Soonawala, the group trustee), and other answering respondents…
“The Board is competent to remove an executive chairman. Mr. Mistry’s removal from the position of director came because he admittedly sent out company information to the I-T (department), press, and came out in public against the board and the trust.”
The Tata Group had argued that the law clearly allows removal of a chairperson and director and Mistry was removed by a majority of seven out of nine, as Mistry had not voted for his removal and another official had abstained.
The bench in its order today agreed with arguments of the Tata group.
“We have found no merit in the argument that Ratan Tata, Soonawala interfered, or that their conduct caused prejudice to the company’s interest. In view of all of the above, we hold that Mr. Mistry’s removal doesn’t call for action under 241 of the (Companies) Act,” it said.
According to section 241 of the Companies Act, any member of a company can make an application to the NCLT for seeking in case the company’s affairs are being conducted in a manner prejudicial to public interest, or in a manner oppressive to any member of such company.
The tribunal rejected Mistry’s allegations against Tata Sons Board and Ratan Tata of mismanagement of affairs and oppression of minority shareholders.
It also rejected all allegations of lapses in governance on part of the group when it came to Air Asia, Nano and Aircel, and of a breakdown of corporate governance.
The bench said it had found no merit in Mistry’s allegations and concluded that the Board was acting in accordance with the Companies Act of 2013.
After the tribunal delivered its judgment, Mistry’s office issued a statement describing the ruling as “disappointing although not surprising”.
It said Mistry would “continue to strive for ensuring good governance and protection of interests of minority shareholders and all stakeholders in Tata Sons from the wilful brute rule of the majority.
“The ruling is in line with the earlier position expressed by the tribunal. An appeal on merits will be pursued”.
Not only the facts that were under consideration but also subsequent facts and developments that continue to evidence oppression and mismanagement will be under scrutiny and will be pursued in full earnest, the statement said.
“Ours has always been a principled fight to restore the Tata Group to its glorious days of high standards, best practices and most importantly, the best value systems.
“In this journey, no matter how hard it may seem, as shareholders, who have always supported the Tata Group, it remains our duty to protect the Tata Group from those who are destroying value and making the Group vulnerable to eternal forces,” the statement said.
Ratan Tata said the NCLT judgment “has been a vindication of the actions that Tata Sons felt obliged to take in October 2016. It is a reinforcement of the principles and forthrightness that prevails in our judicial system, which should make all of us proud of our country and its democracy.”
Welcoming the order, Tata Sons Chairman N Chandrasekaran hoped that “a finality will be given to the judgment of NCLT, by all concerned in the larger interest of companies, the shareholders, and the public”.
“The judgment has only re-affirmed and vindicated that Tata Sons and its operating companies have always acted in a fair manner and in the best interest of its stakeholders,” he said in a statement.
Under the Companies Act 2013, an order of NCLT can be challenged before the National Company Law Appellate Tribunal (NCLAT).