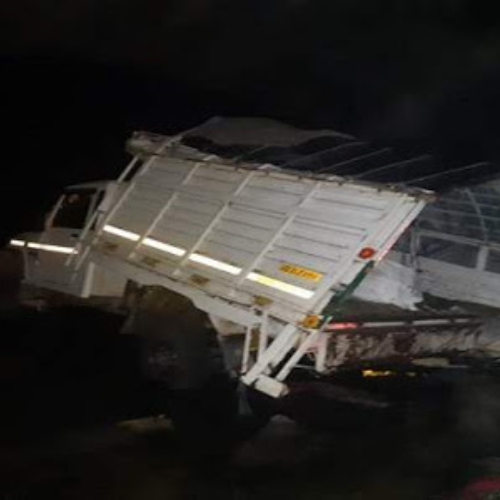 Dhule: In a tragic incident, seven cane harvesters lost their lives after and 15 others were injured in a road accident when a pick-up van fell off a bridge on Bori river near Vinchur village on Dhule-Solapur national highway at the wee hours on Saturday.

According to police officials, the driver lost control of the vehicle, and it fell off the bridge. The rescue operation was launched immediately, and the villagers and local authorities managed to save the lives of many from the river. Total of 7 persons were killed in the accident. All were taken to the local hospital for treatment.

All the deceased are cane harvesters. Police said, “The migrant labourers, hailing from Chhendwa district of Madhya Pradesh, were travelling to Osmanabad for the sugarcane harvest.”

The driver of the van, identified as Sagar Bharat Tambade, resident of Osmanabad, and his two helpers were absconding. A case of an accident was registered with Dhule taluka police.