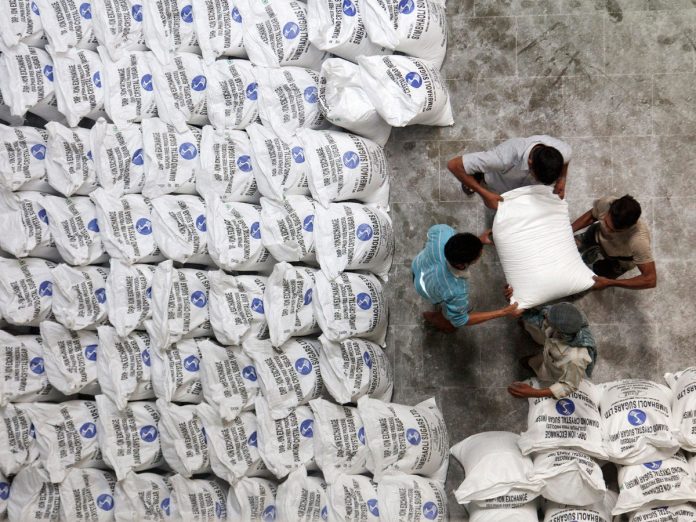 NEW YORK/LONDON, March 7 (Reuters) – Raw sugar futures on ICE sank 5 percent to an 8-1/2-month low on Wednesday, on an estimate for record production in No. 2 grower India, while London cocoa extended gains to a one-year high and reached the most technically overbought levels in a decade.

* This was the spot contract’s biggest one-day tumble since April.

* The contract opened and remained below the prior session low to form a gap in the chart, which has the potential to send technically bearish signals, traders said.

* The ISMA raised its 2017/18 India sugar production forecast to a record 29.5 million tonnes, up nearly 13 percent from a previous estimate.

* “This report is bearish because many traders were expecting ISMA to raise their production estimate to only 28.5 million or so,” Cassidy said.

COCOA
* May London cocoa closed flat at 1,727 pounds per tonne after rising to 1,741 pounds, the highest for the second position since March 2017.

* The second-position contract held near 87 on the Relative Strength Index, matching Tuesday and the most technically overbought level since 2008.

* Expectations for rising demand, and a lowering of forecasts for the crop in top grower Ivory Coast as well as the global surplus, helped support prices, dealers said.

COFFEE
* Robusta coffee futures continued to lack a clear overall trend with May closing up $8, or 0.5 percent, at $1,785 per tonne.

* May arabica coffee settled down 0.5 cent, or 0.4 percent, at $1.2075 per lb. (Reporting by Marcy Nicholson in New York and Nigel Hunt in London Editing by David Goodman, Adrian Croft and Susan Thomas)