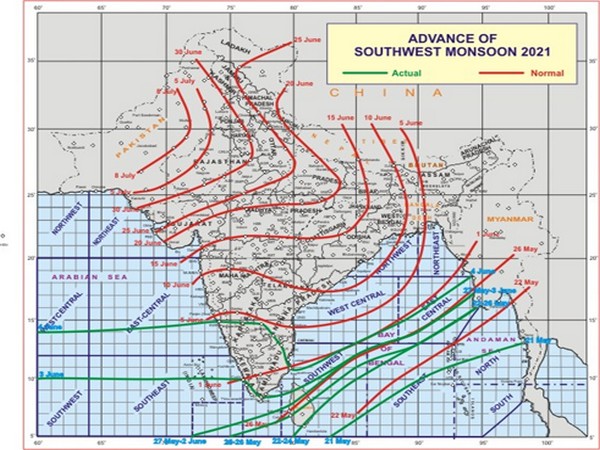 A low-pressure area has formed over Northwest Bay of Bengal and adjoining Odisha and Gangetic West Bengal coasts, IMD said.

Under the influence of the low pressure, most of East India and adjoining central India are likely to witness fairly widespread to widespread rainfall activity with isolated to scattered heavy to very heavy fall from today.

IMD further said that it is likely to become more marked during the next 24 hours and move west-northeastwards across Odisha.

Owing to the westerly winds, Mumbai has been receiving heavy rainfall since Tuesday and several areas of the city are still waterlogged. The local train facilities are also disrupted due to waterlogging on the tracks.