Facebook
Linkedin
Twitter
Home All News States Will Get To Levy Additional Taxes On Top Of 28% GST... 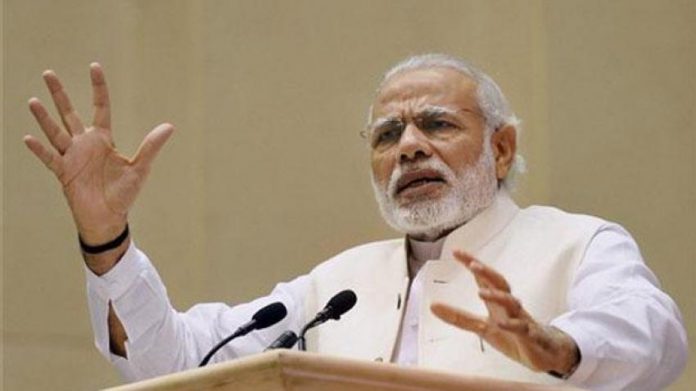 Petrol and diesel when brought under GST will involve a peak tax rate of 28 per cent plus states getting to levy some tax, keeping the retail rates at almost the same level as they are currently, Bihar Deputy Chief Minister Sushil Kumar Modi said today.
Modi, however, said it will take some time for states to get around to including petrol and diesel in the GST and the Council will take a final call on the timing.
“If petrol, diesel are to be brought into GST, then states will be allowed the levy taxes on top of 28 per cent to prop up revenue. It will take some time to include petrol, diesel in GST as the states have divergent views,” Modi said at a PHD Chamber event here.
“If petro products are brought into GST, then there will be minor impact on the incidence of tax… and minor impact on prices. The price of petrol, diesel will continue to be driven by global factors,” Modi said.
He said 45-50 per cent of tax revenues of states come from petrol and diesel.
Modi said petrol, diesel would not be included in the GST in the coming few months and focus would now be on new return filing system.
The peak GST rate plus VAT will be equal to the present tax incidence, which is made up of excise duty, levied by the central government, and VAT charged by the states.
The Centre currently levies a total of Rs 19.48 per litre of excise duty on petrol and Rs 15.33 per litre on diesel. On top of this, states levy Value Added Tax (VAT) – the lowest being in Andaman and Nicobar Islands where a 6 per cent sales tax is charged on both the fuel. Mumbai has the highest VAT of 39.12 per cent on petrol while Telangana levies the highest VAT of 26 per cent on diesel. Delhi charges a VAT of 27 per cent on petrol and 17.24 per cent on diesel.
The total tax incidence on petrol comes to 45-50 per cent and on diesel, it is 35-40 per cent.
Under GST, the total incidence of taxation on a particular goods or a service has been kept at the same level as the sum total of central and state levies existing pre-July 1, 2017. This was done by fitting them into one of the four GST tax slabs of 5, 12, 18 and 28 per cent.
For petrol and diesel, the total incidence of present taxation is already beyond the peak rate and if the tax rate was to be kept at just 28 per cent it would result in a big loss of revenue to both centre and states.
After hitting all-time high of Rs 78.43 a litre for petrol and Rs 69.31 for diesel on May 29, rates have fallen during the subsequent days on softening in international oil prices. Petrol costs Rs 75.55 a litre and diesel Rs 67.38 in Delhi today.
The central government had raised excise duty on petrol by Rs 11.77 a litre and that on diesel by 13.47 a litre in nine instalments between November 2014 and January 2016 to shore up finances as global oil prices fell, but then cut the tax just once in October last year by Rs 2 a litre.
This led to its excise collections from petro goods more than doubling in last four years – from Rs 99,184 crore in 2014-15 to Rs 229,019 crore in 2017-18. States saw their VAT revenue from petro goods rise from Rs 137,157 crore in 2014-15 to Rs 184,091 crore in 2017-18.
GST subsumed more than a dozen central and state levies like excise duty, service tax and VAT when it was implemented from July 1, 2017.
However, its implementation on five petro products – petrol, diesel, natural gas, crude oil and ATF was deferred. This resulted in the industry losing on revenue as they were not able to offset GST tax they paid on input from those paid on the sale of products like petrol, diesel and ATF. PTI JD ANZ MR