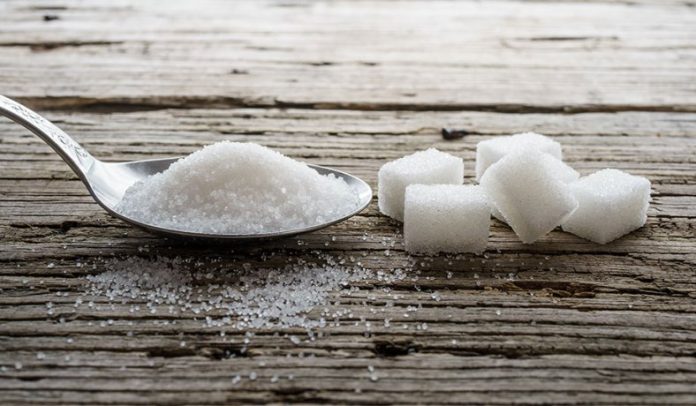 AUSTRALIA has teamed up with other major sugar exporting countries to test the legal veracity of production subsidies from subcontinent governments, to try to urgently block “gross” global oversupply, as sugar prices head south, like a “rocket”.

The peak industry body is lobbying federal Trade Minister Steve Ciobo and Agriculture and Water Resources Minister David Littleproud on the developing scenario ignited by favourable production conditions due to monsoons, but also government subsidies in India and Pakistan that are underscoring about 5 million tonnes in added global supply.

ASMC officials say they’re working with other major global sugar exporters Brazil and Thailand to test whether the sugar production subsidies of about $150 per tonne in areas like transport actually comply with World Trade Organisation (WTO) rules.

Statistics provided to Fairfax Agricultural Media shows the Australian industry produced 33.5mt of sugar cane this year and an anticipated 4.5mt of raw sugar, with up to 85pc expected to be exported.

But ASMC says the domestic support programs in India and Pakistan are unfair and cause oversupply and also incentivise exports.

The group’s Economics and Trade Director David Rynne said sugar cane and sugar beet were easy crops to grow and many countries met the supply needs of their domestic markets through domestic production.

But Mr Rynne said at times some countries that normally only produce for domestic requirements create “big surpluses” and look to push that onto the export market to compete against leading exporters like Australia, Brazil and Thailand, for market share.

“Typically that would be okay if not for the very large amount of government intervention that governments do provide to domestic sugar industries to a) not only produce the sugar beet or cane but b) to also move the sugar onto the export market,” he said.

“We’re seeing that situation playing out right now with two countries in particular – Pakistan and India.

“Both countries have varying and significant levels of government intervention in their sugar markets and both governments provide growers with some level of surety.

“They set a minimum price for the sugar cane that they are paid by the mills and that does incentivise sugar cane growers to produce and often the returns are far greater than other comparable or substitute crops.”

Mr Rynne said combined with good weather conditions like monsoons on the subcontinent, India had produce an exportable surplus of somewhere between 2mt and 4mt that’s due to hit the market over the next couple of months.

He said Pakistan was already looking at a surplus of about 2.5mt of which they’d received an export quota from their government to help push that added supply onto global markets where Australia competes.

“In effect we’re seeing 5mt from the subcontinent being pushed onto the global sugar trading market,” he said.

“It’s not a huge market compared to other commodities with about 65mt traded of which Brazil is about 28mt to 29mt and Australia is third at about 4mt to 4.5mt.

“But we’re now assessing the assistance that’s provided to the Pakistan industry to see if it’s consistent with WTO rules and working with the Australian government on that.

But Mr Rynne said the global sugar market was already oversupplied with prices “heading south with a rocket”.

He said the Indian sugar industry announced about a fortnight ago that they would have about 2mt to 4mt of exportable surplus sugar, which saw the global price for raw sugar fall by 13 per cent.

“The market is already expecting that this product will hit the global market and the price will continue to go south through gross over supply,” he said.

“We do believe in the rule of law and we do believe in trade liberalisation – it’s incredibly important for a small open economy like Australia where we don’t get any government assistance – but we are not competing on a level playing field at the moment.

“That’s why we’re pushing hard to assess the form of the government assistance for the quantity of sugar that’s likely to hit the global market from these countries and we are working with like-minded sugar producers, Thailand and the Brazilians in particular and the Australia government, to assess contraventions with WTO rules.

“And if there is any contravention we’d be keen to pursue that through the formal channels.”

In mid-January global raw sugar spot prices were between US14.20 to US14.60 cents/lb (pound) but when details of India and Pakistan’s surpluses emerged prices started to fall steadily and are now at US12.42 cents/lb.

Mr Rynne said it was anticipated the Indian government would formally announce an export subsidy which would trigger an assessment on whether there’s been any contravention of WTO rules.

“We’re keen to press upon governments that WTO rules are essential to a liberalised traded global commodity like sugar and efforts to push more surplus onto the global market does hurt those who are doing it by the rules and are low cost, efficient producers,” he said.

“The gap between the export price and the cost of production we think is about $150 per tonne in both countries with Pakistan already getting the export subsidy.

“We probably could, if push comes to shove, with a trade lawyer, prove a contravention now.

“However, it’s important to know that under the WTO’s rules for agriculture, developing countries are allowed some subsidies which is often the cost of transport so we need to ensure the transport subsidies they’re getting are not exceeding the reasonable costs of getting that product to port.”

Mr Rynne said dialogue on the matter had commenced via formal channels like the federal trade and agriculture departments and discussions would also start next week with delegates from the Brazil and Thailand sugar industries, along with ongoing analysis.

“We understand out-posted Department of Foreign Affairs and Trade officials in Islamabad and Delhi are about to meet with their Indian and Pakistan colleagues,” he said.

“It’s not a level playing field at the moment.

“Australia is low cost and we receive no subsidies.

“The growers, millers and refiners are all exposed to the global price and respond to that price through ingenuity and R&D application, through mechanisation and through improvements in products which means we are competitive and we should be able to compete on those terms.

“And indeed those at the bottom end of the cost curve should be able to enjoy those competitive advantages – they should be able to compete and gain market share and consolidate their position globally but at the moment that’s not happening.”