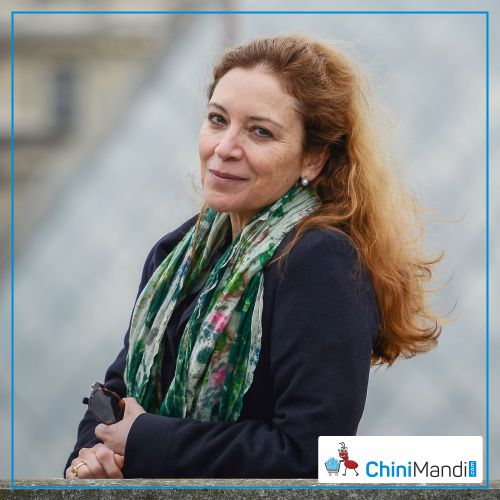 Sugar is a strategic product. Beet sugar was “invented” by the continental blockade. The entire history of European sugar revolves around the same words: research and development, efficiency and anticipation. The European Green Deal opens the way to an economy combining sustainability, circularity and innovation, with the objective of creating a competitive ecology.

In conversation with ChiniMandi News, Marie-Christine – Director General of CEFS, the Association of European Sugar Manufacturers shared her views on how the organisation supports the European Green Deal.

She said, “Maximising the value of co-products and minimising waste is an objective or rather, a long-standing tradition of the sugar sector. This applies to both the agricultural and industrial portions of the sector. This willingness manifests itself at each stage of the process and begins from the harvest onwards: beet pre-washing, minimal storage time, frost protection, just-in-time factory delivery and fallen leaves used as compost.The sugar industry already prior to the greenhouse gas emissions trading scheme or the European Green Deal was a pioneer in increasing energy efficiency. Compared to 1990, the sector is on the way to achieve the GHG emission savings that the industry is asked to deliver in 2030 (minus 50 – 55%).

In the period 2019 to 2020 several factories using coal have been or will be closed. It should be further noted that 1.24 billion litres of bioethanol from beets are produced each year in the EU. It has multiple uses: energy (fuel for the automotive industry), food (alcohol, additives) and non-food (cosmetics, pharmacy, solvents, paints), including a remarkable and important production of hydroalcoholic gel during the COVID-19 crisis.

Commenting on the main challenge you see in the European Green Deal she said, “The European Green Deal: an economic and societal revolution in terms of huge projects, the single market of 1993 comes close to the European Green Deal initiative. The idea was to erase internal borders to enable the free movement of goods, services, people and capital. Clearly, it was about creating a mass effect that would lead to more volume, more competitiveness, more jobs and more growth.

With the Green Deal the challenge is quite different. The main idea is simple: ensuring carbon neutrality in the EU by 2050. This objective, however, requires the acceptance of new concepts and new behaviours, accompanied by a vast reorganisation of systems of production. To reach this neutrality objective proposed by the Green Deal, we must promote low-carbon energy, develop clean transportation, improve the energy efficiency of buildings, create an environment free from toxic substances and guarantee a more sustainable food chain, among other measures.”

“The course set by the Green Deal cannot be disputed, but it definitely raises some legitimate questions.
The first concerns its pace: is it too fast?
The second concerns financing; will the 2021- 2027 Community budget, not yet adopted, meet the challenges?
The third question is also fundamental: are the innovative concepts of the Green Deal compatible with the maintenance of earlier Community policies, for instance the CAP?
A fourth question can be further added: should the innovation promoted by the Green Deal extend to genetics and new agri-food techniques?” She added.

Sharing insights on the roadmap to success of the Green Deal, Marie commented, “The Green Deal’s success largely depends on the simultaneous compliance of common rules on the global scale, which need to be urgently (re) defined to ensure a sustainable planetary balance for everyone.

This is especially true for the social and environmental standards, currently very inequitable. It is also fundamental and urgent to restore undistorted global competition through many economic, trade or monetary distortions. Without this prerequisite, there is a great risk of exposing our agriculture and our primary processing industry to a regression, leading to its attrition.

Promoting a new European model is first and foremost about ensuring its sustainability without naivety, but with realism and pragmatism.”

On being asked where the difficulty arises, Marie answered, “Towards a more sustainable food chain this theme is also at the heart of the European Green Deal. However, it should be given an acceptable definition throughout the food chain: from producer to consumer. This is where the difficulty arises because in recent years there has been a breach of confidence between the consumer and the food chain.
This breach of confidence first finds its origin in an increased complexity of everything related to food: production and manufacturing techniques, product composition, labelling, European standards, etc. This complexity is at best a source of preconceived ideas and at worst a source of activism and disinformation.

In reality, there are no good or bad foods. And it is striking to see the stigmatisation of an entire set of products: sugar and fat. Just as the acceptance of new techniques resulting from research should justify an increased role for the Union’s scientific agencies, restoring a climate of understanding between producers and consumers will require Community authorities to adopt a new approach to the role of stakeholders in decision-making processes.

Speaking loudly and clearly should no longer be seen as a major vehicle for influence. There the challenge is immense. It will be up to civil society to adopt a demanding but realistic discourse. Agriculture and industry will have to learn to communicate with its consumers.”

Commenting on the consequences of COVID-19, she said
“The COVID-19 crisis will undoubtedly have the consequences of fueling already high tensions. Therefore, the desire for appeasement, dialogue and learning will become essential and will be the responsibility of everyone involved.

The road is very long, but even if the European Green Deal does not accomplish all of its objectives or does not meet all of its deadlines, the proposed course of action is the right one and the vibrant forces of the European Union must now act as solution-makers.”

About CEFS: The European Association of Sugar Manufacturers (or CEFS, French acronym standing for Comite Europeen des Fabricants de Sucre) is a non-profit organisation founded in 1953 to represent the interests of the European sugar industry, vis-à-vis international institutions with a view to creating a positive regulatory climate for the sector in all its dimensions: production, competitiveness, nutrition and food legislation. CEFS is an interlocutor recognized by the European Commission and participate, along with others, in the civil dialogue groups. CEFS’ membership is composed of sugar-producing companies in the EU, the UK and Switzerland.