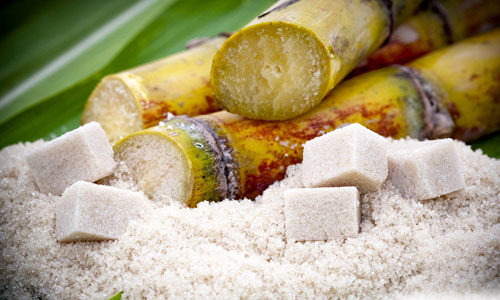 There’s about to be enough sugar piled up in warehouses to make three chocolate cakes for every person in the world, and that’s got the market spooked.
Supplies are booming thanks to the outlook for record harvests in India and Thailand, the world’s No. 2 exporter. The glut has already sent futures in New York to the lowest since September 2015, and hedge funds are gearing up for more losses. The investors are holding the biggest net-short position, or bets on declining prices, in six weeks.
Citigroup Inc. expects a global surplus of 11.1 million tonnes this season, Aakash Doshi, a New York-based analyst, said in a March 13 report. The bank raised its outlook about 2.8 per cent from a February projection, citing gains in Asian production. The excess would be big enough to almost satisfy a full year’s worth of demand in the US, government data show.
Given the current fundamentals, the price “is not going to improve right back,” said Donald Selkin, the New York-based chief market strategist at Newbridge Securities Corp., which has $2 billion under management.

Without a big shift in demand or unexpected weather issues for crops, the oversupply probably will linger, he said.
Raw-sugar futures in New York are down 17 per cent this year to 12.65 cents a pound. That’s the biggest loss among the 22 components of the Bloomberg Commodity Index.
Funds are positioning for more losses. In the week ended March 13, money managers increased net-bearish holdings by 33 per cent to 141,659 futures and options, Commodity Futures Trading Commission data showed Friday. The figure measures the difference between bets on a price decline and wagers on a rise.
Farm subsidies
Some oversupply stems from government subsidies to farmers in key producing countries, James Cassidy, global head of sugar derivatives for Societe Generale SA in New York, said in a telephone interview.
In India, a government-price setting program is sparking overproduction as Uttar Pradesh and Maharashtra, the largest cane-growing states, announced higher prices for the crop, M. Manickam, chairman of processor Sakthi Sugars Ltd., said in an interview with BloombergQuint this month.