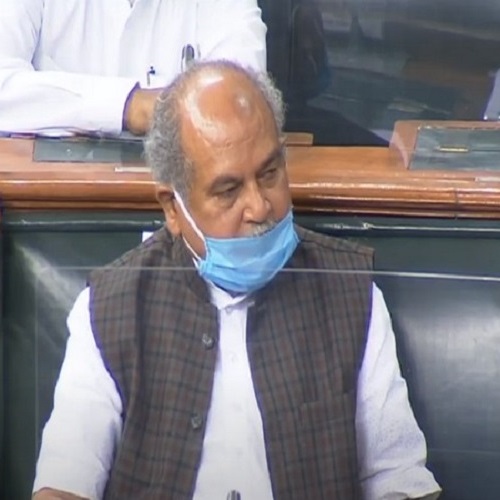 New Delhi; According to the news report in The Hindu BusinessLine, Union Agriculture Minister Narendra Singh Tomar informed the Lok Sabha that the sugar exports were up by 39 per cent to 10.5 million tonnes (MT) during 2021-22 fiscal from the previous year.

In a written reply, the minister said that the demand for organic products from India is consistently increasing in the global market.

He also stated that the export of edible oil was down this year compared to last year.

In a written reply to Lok Sabha on Tuesday, Union Agriculture Minister Narendra Singh Tomar said: “As on 01.07.2022, the actual stock of wheat is 285.10 Lakh Metric Tons (LMT) against the Buffer norm of 275.80 LMT.” In reply to another question on whether it is true that wheat procurement has fallen since there was a spurt in private procurement who bought wheat directly from farmers, the minister agreed to it.

“The procurement of wheat has fallen due to higher purchase of wheat by traders as the market price of wheat had shot up due to prevailing international geopolitical situation,” the Union Minister said.
“Moreover, if the farmer gets better price in comparison to MSP, they are free to sell their produce in open market.”