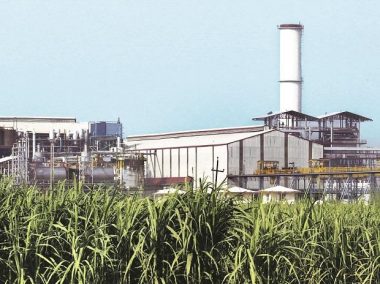 Abinash Verma, Director General of ISMA, spoke about the current trend in sugar prices and likely demand ahead of the festival season.

Verma said, “These are no expected lines and as you mentioned Brazil is reducing their production by almost 7-8 million tonne. They have already done this this year and they will reduce again by about 7-8 million tonne in the next season. We expect European Union also to reduce their production, you already mentioned that Thailand will also be reducing their production. So, that gives a chance for the Indian millers to export the sugar. When we are talking to the international traders, they are expecting or they want I would say almost about 3-4 million tonne of sugar from India. That is giving some kind of fillip to the global markets.”

“Even though some information is coming out of the Maharashtra because of lower rainfall as well as some crop has got affected with white grub the production could be lower but it is still going to be on the higher side. So, the sugar millers will be under pressure with inventory but if they are able to export some sugar right from today for the next about 5-6 months we can do almost 2-3 million tonne now and in the next 12 months we can export 4 million tonne or more. That will give some kind of fillip to the domestic prices. But there will some pressure because of the surplus sugar production. But with the government having a minimum price of Rs 29 prices cannot fall from there. It should be above Rs 29. It should be I would say as these ranges at about Rs 31-32 at the mill gate which is currently the prevailing situation.”