Home All News Sugar Mills That Fail To Clear Cane Dues Will Not Be Issued... 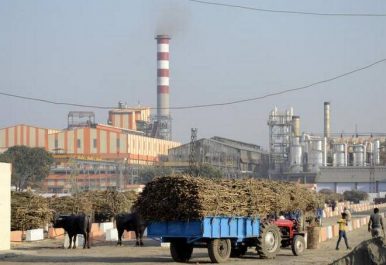 Right at the beginning of the crushing season, Sugar Commissioner Sambhaji Kadu Patil has warned to not issue crushing licence to mills that have failed to clear their cane dues. This warning, effectively might affect the functioning of 40 mills in the state that have unpaid dues worth Rs 336.15 crore.

Cane dues has become a major issue with the sector as sugar mills have failed to pay the Fair and Remunerative Price (FRP) for the current season. Kadu Patil had issued action against 23 mills that had failed to clear their cane dues by attaching their property. As of September 15, a total of 40 mills have dues worth Rs 336.15 crores in the state.

In a letter written to both the Maharashtra State Cooperative Sugar Factories Federation and the West Indian Mills Association (WISMA) — the private millers body — Kadu Patil had referred to the ministerial committee meeting on September 25, which was headed by Chief Minister Devendra Fadnavis. Timely payment of cane dues was one of the issues that had come up for discussion in the meeting and Fadnavis had also directed for the same. Both the associations were asked by the sugar commissioner to ensure clearing of dues, without which, the crushing licence would not be issued. The same meeting had zeroed in on October 20 as the start of the crushing season of 2018-19 in the state. It is expected that around 185 mills will crush 1,049 lakh tonnes of cane and produce 105 lakh tonnes of sugar.

For millers, payment of FRP has been a challenge this season given the volatility in sugar prices. In view of the constant drop in sugar prices, the central government had fixed the minimum selling price of sugar at Rs 29 per kg and also reintroduced the release mechanism for the sale of sugar. This had fixed the problem of falling sugar prices but have brought in the problem of liquidity for the millers. B B Thombare, president of the WISMA, said it would be almost impossible for them to pay the FRP at one go.

A few weeks back, the central government had announced a series of measure to boost the export of sugar, which included a transport subsidy and direct subsidy to cane growers. However, these measures did not push up the price of sugar, which is hovering around the Rs 30 per kg, in the wholesale market. Thombare said the cartel of traders was responsible for not allowing the market to rise.

On the other hand, Mukesh Kuvadia, general secretary of the Bombay Sugar Merchants Association, said the export market has different dynamics that do not affect the domestic prices. “Mills have a huge stock of unsold sugar and the next season is expected to see a record production of 350 lakh tonnes of sugar. That, along with the opening stock of 105 lakh tonnes of sugar as carry forward stock, leaves little or no elbow room for price rise,” he said.

Mills, Kuvadia said, will be forced to export raw sugar, as otherwise, it will be difficult for them to even store sugar in the new season. “As compared to the international markets, realisation in the domestic market is better. However, mills will have to export out of compulsion,” he said.

The central government has set a target of 50 lakh tonnes for export of raw sugar.