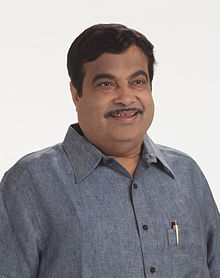 Sugar mills will now make ethanol directly from sugarcane to serve as safe fuel and this in turn will strengthen the economy of the country, Union Minister Nitin Gadkar said in neighbouring Basti on Tuesday.

The farmers will be provided with such techniques with which electricity and bio-fuel could be made and the government has already given approval for making ethanol directly from sugarcane and the days are not far when auto, bus, mo-bikes will run on road with ethanol, Gadkari said.

The Union minister and Uttar Pradesh Chief Minister Yogi Adityanath were in Basti to lay the foundation stone of roads, ring road and national waterway.

Speaking in Basti, Yogi said that 50,000 more will be recruited in police department soon.

“Education, health, road, drinking water, house and basic amenities are a must for development. Our government is ready to work in these areas but participation of people is required. During the past over four years, the central government has brought major changes in the country,” Yogi said.

On his government’s performance, he said 1.20 lakh km roads have become ditch free in Uttar Pradesh and tehsil have been connected to head quarter with at least two lane roads. Most of the Highways are being converted into Expressways.

About 50 thousand more vacancies will come up soon in the police department and recruitments will be made without any discrimination…By November 30 all districts of the state will become open defecation free, he said.

The BJP government has been highly successful in the field of road construction… Buddh circuit is very important and four-lane road will be constructed on this route and this will boost tourism, Yogi added.