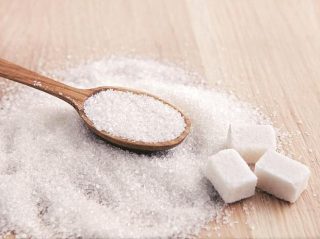 India’s sugar production in the coming 2018-19 season, which starts next month, is likely to be 0.7-0.8 million tonnes less than its estimated total, because of government’s recent decision to incentivise the production of ethanol from intermediary molasses and sugarcane juice.

Though the drop compared to the estimated 35.5 million tonnes of sugar production looks miniscule, industry players say this is just the beginning and more quantities would get diverted over the years as mills add new production capacities.

However, the figure might go up if more mills start producing ethanol as the Union cabinet, in a meeting on Wednesday, raised the procurement price of ethanol produced from B-heavy molasses (also called as intermediary molasses) to Rs 52.43 a litre from the current Rs 47.13 a litre, and that produced directly from sugarcane juice to Rs 59.13 per litre from the existing Rs 47.13 per litre.

This industry players said could take long time to yield result on ground as presently no mill in India buys sugarcane just for making ethanol.

In the 2018-19 ethanol production season, which starts from December 2018, the industry estimates that around 2.0-2.25 billion litres of ethanol would be supplied by the sugar factories to the Oil Marketing Companies (OMCs) as against the total requirement of 3.3-3.4 billion litres.

Of this, around 400-500 million litres would be produced from B-heavy molasses while the rest would come from the conventional C-heavy molasses.

Since the prices for ethanol produced from B-heavy molasses and C-heavy molasses are different — for the first time, OMCs have asked sugar companies to give two quotations.

Production of 400-500 million litres of ethanol from B-heavy molasses would lead to around 0.7-0.8 million tonnes of less sugar production in 2018-19 as the former contains some amount of sugar in it.

Going forward, as and when newer and fresh capacities get added on to the sugar mills in next 3-4 years, India’s sugar industry would be able to meet the entire demand of OMCs for 10 per cent blending which is 3.3-3.4 million litres of ethanol. Of this, 1 billion litres of new capacities and around 350 million litres of distillation capacity is expected to be added by end of 2018-19 sugar season.

In June, the Union Cabinet — for the first time — fixed a separate price for ethanol produced from B-heavy molasses and C-heavy molasses.