Home All News Sugar Oversupply May Hit Profitability Of Mills 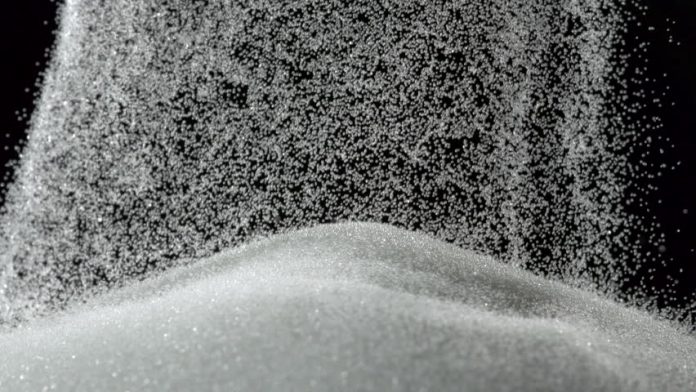 Coimbatore: Sugar wouldn’t be sweet for sugar mills in the current season. With the sugar production estimated to set a new record by touching around 29.5 million tonnes in the 2017-18 sugar season (October-September) and likely to outstrip consumption by around 4-4.5 million tonnes, sugar mills may face pressure on prices and profitability in the near-term. The annual sugar consumption is pegged at 25 million tonnes.
After hitting a low of Rs 31,500 per tonne in the first week of February, sugar prices picked up in the following weeks on the back of government initiatives such as the doubling of import duty to 100% and the imposition of limits on sugar sales by sugar mills.

Prices, which increased to Rs 34,500-35,000 per tonne in the third week of February, have softened again and are currently hovering at around Rs 32,500 per tonne.
Ratings agency ICRA has revised domestic sugar production for the 2017-18 season to around 29.5 million tonnes against its earlier estimate of at least 27 million tonnes. “This has been driven principally by higher-than-expected sugar production in Maharashtra, Uttar Pradesh (UP) and Karnataka,” said Sabyasachi Majumdar, senior VP and group head, ICRA Ratings. “This in turn is likely to exert pressure on sugar mills’ debt coverage metrics and also adversely affect liquidity indicators, including cane payments. Under these circumstances, government support will remain critical for the sugar industry,” ICRA said. “We expect the closing stocks to significantly increase to around 8.5-9 million tonnes in SY2018 (sugar year 2017-18),” Majumdar stated. “The reverse stock limits imposed by the government are valid up to March 31, 2018. Hence this upward revision in the sugar production estimate along with the liquidation of sugar stocks, especially by several cash-strapped sugar mills, post March 2018, is likely to result in pressure on sugar prices from the coming quarter,” he said.
“Sugar mills’ profitability is likely to come under stress on account of the higher cane cost of production (higher SAP or state advised price and FRP or fair and remunerative price for the current season) along with the likely pressure on sugar realisations during Q1 FY2019 (first quarter of 2018-19),” Majumdar said.
“However, most major UP-based mills have by and large seen significant deleveraging over the last couple of years, which will help them withstand cyclical downturns better,” he said. “Given the increase in production levels, the fall in prices could lead to an increase in the cane arrears,” he stated.