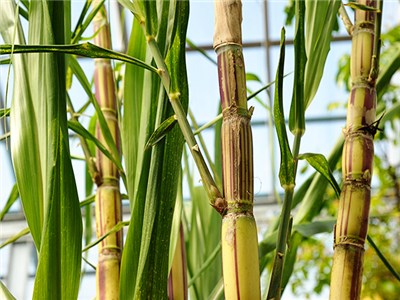 The sugar industry in Tamil Nadu has welcomed the support package approved by the Cabinet but these will only partly address the challenge of sugarcane arrears to farmers. The only long-term solution is to link sugarcane pricing to the cost of sugar and move away from the practice of setting an artificial, mandatory price for the crop.

However, these are temporary measures, along the lines of similar support announced on earlier occasions when sugar production had hit a peak. The industry continues to see this cycle of glut, drop in prices and sugarcane arrears. This time around the dues to farmers has mounted to over ₹22,000 crore.

A structural reform is needed. The government has to do away with the concept of setting a statutory price for sugarcane, a raw material, without regard for market conditions and product price, he said.

Sugarcane price has to be set at 75 per cent of sugar price through a pragmatic revenue sharing formula, Periasamy said.

Also, Tamil Nadu mills are worse off than others because of successive years of drought. They have worked at 25 per cent of capacity utilisation with sugar production estimated at about 6 lakh tonnes in the current season. A separate package including rescheduling bank loans is needed for companies here. Otherwise, most mills may not be viable in the coming season, he said.

N Ramanathan, Managing Director, Ponni Sugars, while welcoming the assistance package, emphasised the ‘₹7,000-crore package’ offers little in terms of immediate cash flows and does little for paying farmers. This includes the sugarcane production subsidy of ₹55 a tonne announced earlier based on condition of sugar exports. This has not taken off as exports are unviable.

Similarly, the estimated ₹1,200-1,300 crore support from the sugar buffer is the interest cost of carrying the stock which is borne by the government.

Industry representatives pointed out the concept of buffer stock works to help shore up prices when a glut year is followed by a shortage. Then the stock is carried over till the time it is needed. But now the current 30 million tonnes sugar production will be followed by another year of over supply. As long as the surplus is available, prices will continue to be depressed. Even now sugar prices are ruling at about ₹27 a kg well short of the cost of production of about ₹34. The only relief for the industry will be for the government to do away with the artificial price setting mechanism for sugarcane.