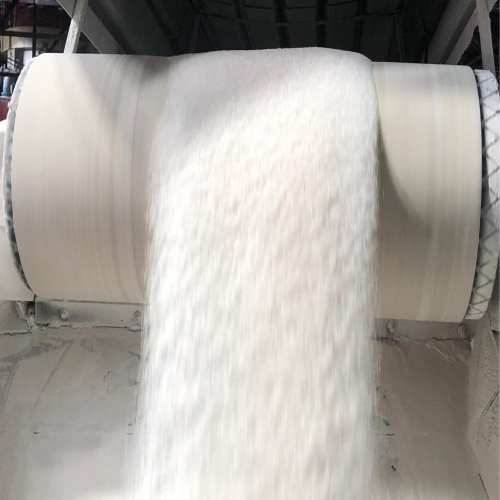 The sugar output in the state fell nearly 1.9 per cent compared to the production of a little over 12 MT or 1.2 crore MT in last crushing season 2017-18.

Though, net cane purchase by all 119 sugar mills in UP fell 7.25 per cent, yet sugar output dipped by a much lower ratio of 1.9 per cent compared to last year.

Interestingly, sugar production in UP this season was earlier pegged at much higher level of 12.4 MT due to estimates of higher sugarcane acreage of 2.8 million hectares (MH).

The state mills, especially private sector-owned, are saddled with high arrears worth Rs 10,000 crore. Against the total payable of about Rs 33,025 crore for the 2018-19 crushing season, the mills had collectively paid nearly Rs 23,000 crore so far with the remaining yet to be cleared.

In November 2018, the state government had kept the state cane price for common variety unchanged at Rs 315 per quintal (100 kg), thus providing relief to mills amid falling sugar exports, stockpile, mounting arrears and subdued market prices. Recently, Chief Minister Yogi Adityanath had asked private sugar mills to settle farmers’ dues by August 2019 and warned that any further delay would not be tolerated, consequently indicating tough action being contemplated against defaulters.

The payments ratio of government-controlled cooperative mills stands at 85 per cent and the private units at 70 per cent. This season, 119 sugar mills, including 94 private, 24 cooperative and a UP State Sugar Corporation unit, had participated in the crushing season.

Last year, the state had even floated a soft loan scheme for those private mills, whose payments ratio stood at more than 30 per cent in 2017-18 crushing season. Later, eligible mills were sanctioned soft loans worth nearly Rs 2,900 crore.

‘The payments situation would improve in the coming days, as the crushing season now is over and there would be no fresh addition in the outstanding amount. The deputy cane commissioners have already been directed to prepare a roadmap for ensuring the farmers’ payments,’ official sources here on Tuesday said.

The sugar mills still owe over Rs 10,000 crores to the cane farmers in the state.