Home All News Sugar Stocks Continue To See Handsome Gains; Surge Up To 20% 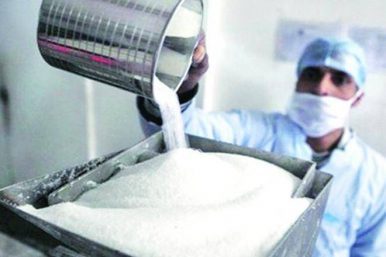 New Delhi, Sep 17 (PTI) Shares of sugar companies continued to rally for the third straight session Monday, surging up to 20 per cent on a hike in ethanol price for blending in petrol by 25 per cent.

Shares of sugar companies had jumped as much as 20 per cent Friday also.

On Wednesday last week, sugar stocks had zoomed as much as 18 per cent on BSE.

The government Wednesday approved an over 25 per cent hike in the price of ethanol produced directly from sugarcane juice for blending in petrol in a bid to cut surplus sugar production and reduce oil imports.

The move of raising ethanol price for blending in petrol by 25 per cent would help sugar mills quickly release arrears of cane farmers, which stands at over Rs 13,000 crore.