Home All News ‘Sugar Tax’ Could Push Fizzy Drink Prices Up By 8p A Can... 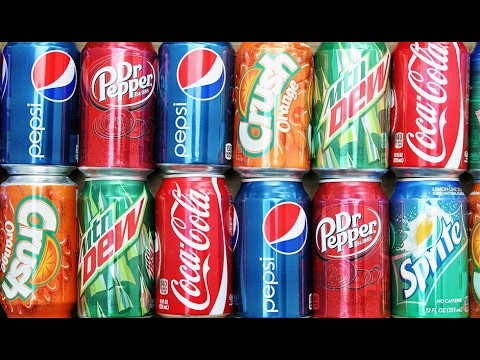 The new sugar tax could push the price of a can of fizzy drink up by 8p when it comes into force this April. The new tax, which was announced in the 2016 Budget, is known as the Soft Drinks Industry Levy (SDIL) and will force soft drinks companies to pay a charge for drinks with added sugar in.

The two-band system levies companies 18p per litre in tax if the drink has five grams of sugar or more per 100ml, or 24p per litre if the drink has 8g of sugar or more per 100ml. Under the new tax system a 330ml can of Coca Cola, Old Jamaican Ginger Beer, Pepsi and Dr Pepper are expected to cost 8p more; and a 330ml can of Sprite, Fanta and Schweppes Indian Tonic Water could cost 6p more. A healthy move It’s hoped that the charge will help to curb rising obesity rates.

The Government has said this is not a tax on consumers, meaning companies do not have to pass the charge on to customers; however, prices of sugary soft drinks are expected to rise. A litre bottle of pop could cost as much as 24p extra.

The new sugar tax is a welcome step for health campaigners. But not all popular sugary drinks are set to be hit with the extra tax. Schweppes Lemonade, Lilt and Tango are all exempt from the tax increase due to their smaller sugar content levels – as well as Irn Bru, whose parent company

A.G Barr famously changed its recipe at the start of the year to get around the forthcoming sugar tax by limiting its sugar content from 10.3g per 100ml to just 4.7. Drinks with a high milk content will also be exempt from the tax as they contain calcium and other nutrients, as well as fruit juices because they do not contain added sugar.