Bareilly: A 47-year-old sugarcane farmer allegedly died after he accidentally fell into the cane belt in a sugar mill in Rajpura area of Sambhal district recently. The incident has been registered with Rajpura police station.

According to police, the deceased has been identified as Chiranji Lal (resident of Dharmpur Tappa village in Budaun). According to the reports, the incident happened on January 9, but the matter came to light only on Saturday when Lal’s son Lalaram approached the police.

“A case has been registered against unidentified persons under section 304A (causing death by negligence) of IPC,” said Amit Kumar, a police officer attached with Rajpura police station.

Lal along with his son Lalram brought cane in a tractor-trolley to the sugar mill on January 9. Lalram went to unload cane and Lal was waiting for him near cane belt. When Lalram returned after unloading cane, he found his father missing and he started searching for him. The CCTV footage from the mill showed that a tractor hit Lal and he fell down the belt along with the cane that went further for crushing.

“We have examined the CCTV footage. It appears that the farmer accidentally fell into the cane belt” Kumar said. 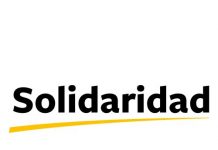