Home All News Sugarcane Farmers In U.P Demand Hike Of Over 25% In Cane Price 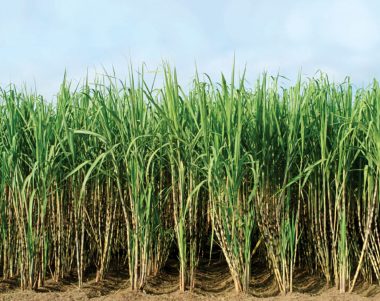 As crushing operations in Uttar Pradesh has begun taking pace, the state farmers have demanded a hike of over 25 per cent in cane price, to about Rs 400 per quintal for 2018-19 season. This comes in the backdrop of the private millers reiterating their ‘inability’ to pay even as the existing cane price level of Rs 315 per quintal (common variety) fixed last year for 2017-18 cycle.

While, the Centre has fixed the fair and remunerative price (FRP) of cane at Rs 275 per quintal, UP traditionally announces much higher effective cane price to be paid by the mills to further remunerative its farmers. The millers have cited domestic sugar crisis owing to market glut and low sugar realisation to buttress their claims of cash flow challenges, which had already resulted in high sugarcane arrears for the last season.

Currently, the state cane outstanding stands at about Rs 78 billion pertaining to 2017-18, although 75 private millers are said to have applied for collectively availing a Rs 40 billion soft loan sponsored by the Adityanath government to ease the payment situation. The mills maintained that the fact that the state had to announce the soft loan package was proof enough that the sugar sector was facing payments difficulties and any further hike in price would only compound the problem.

So far, about a dozen sugar mills have started their crushing operations in UP, of the total 119 units spanning private and cooperative sectors. The state government is confident that majority of the mills would start crushing by mid November.

Besides, private mills have urged the state for allowing staggered payments to farmers with the first installment being FRP of Rs 275/quintal to prevent the prospective build up of arrears in the current season. They have also underlined that the domestic sugar sector has already been put in the negative list by commercial banks.

According to sources 94 private mills, 19 units did not qualify under the soft loan scheme. These included 14 and 3 mills of Bajaj Hindusthan and Simbhaoli Groups respectively, apart from 2 standalone sugar factories. This year, UP cane acreage is estimated at 2.6 million hectares (MH), up 18% from 2.2 MH during 2017-18, when UP had clocked sugar production of 12 million tonnes (MT) with farmers’ payables touching Rs 354 billion.

Vivek Waghmode - Thursday, 5 August 2021
Sugarcane farmers under the banner of Congress party have threatened to launch agitation from August 26 if the Kundarkhi sugar mill of Bajaj group fails to clear their pending cane dues according to www.amarujala.com. The party workers under leadership of district unit head Virendra Patel submitted the memorandum of their demands in this regard to the district magistrate.

ChiniMandi - Thursday, 5 August 2021
Interacting with the beneficiaries of 'Pradhan Mantri Garib Kalyan Anna Yojana' in Uttar Pradesh, Prime Minister Narendra Modi on Thursday assured that after providing houses, toilets, electricity and gas, the government is working to provide water through pipelines to every household.