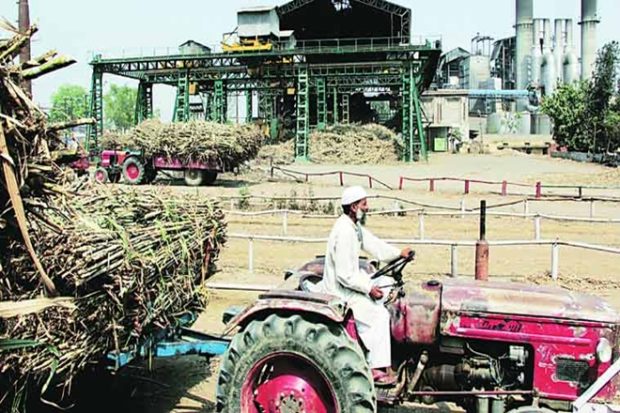 Uttar Pradesh is the primary sugarcane producing state of the country and occupies the first place in both sugarcane and sugar production. The state’s share in the total area of sugarcane grown in the country is approximately 48%, and it contributes 50% of the total sugarcane production. Sugar mills is the largest industry, as a sector, in 44 districts of the state, and plays an important role in the rural economy in these districts. There are 53.37 lakh sugarcane farmers who are registered with the 182 cane and sugar mill cooperative societies, of which 37 lakh farmers supplied 1,111 lakh tonnes of sugarcane in the previous crushing season of 2017-18.

Sugarcane crushing was carried out by 119 sugar mills in the crushing season 2017-18 (across India, 528 sugar mills carried out crushing in 2017-18), and the total cane area in the state is 23 lakh hectares. In addition, sugar mills produced 121 lakh tonnes of sugar (by crushing 1,111 lakh tonnes of sugarcane). In the crushing season, 37 lakh sugarcane farmers supplied cane worth Rs 35,454 crore. Sugarcane productivity in the state is currently 79.19 tonnes per hectare, which is 7% higher than the national average of 72.38 tonnes per hectare. The contribution of Uttar Pradesh to the total sugar production of the country is 38%.

In addition to the 119 sugar mills in the state, as well as their subsidiary units, 61 cogeneration units produce about 1,555 MW of power, and there are 32 distillery and ethanol units, whose total production capacity is 2,668 kilolitres per day, and who are cooperating in resolving the state’s energy problems and also making the local economy vibrant.

Based on molasses—the syrup remaining after sugar is crystallised out of sugarcane—are industrial alcohol, potable alcohol (country and foreign liquor), yeast, cattle feed, oil companies and ethanol blended petrol; ethanol is also consumed by the chemical industry and the rectified spirit and various value-added chemical industries. Similarly, based on bagasse—the dry pulpy residue left after the extraction of juice from sugarcane—are renewable power generating industries, and pulp, paper, board, furniture, toilet paper, cardboard, tableware and dinnerware industries. Based on press mud—the residue of the filtration of sugarcane juice—are organic manure manufacturing units, biogas generating industry and it is also fuel for various industries.

In addition to the above, other by-products produced from sugar and sugar mills are used as raw materials by many allied food industries, such as beverages, preserves and jams, baking, canning and freezing, candy, drug industries and general cooking, and non-food industries such as cement and glues, certain types of detergents, textile industries for sizing and finishing fabrics, and certain pharmaceuticals and drugs.

The main source of livelihood of 2.67 crore family members (including heads) of these 37 lakh farmers in 44 districts of Uttar Pradesh is essentially sugarcane. It generates 288 man-days per hectare of sugarcane produced and 2.96 crore farm labourers, including their family members, are dependent on these 37 lakh farmers who engage them in their farms for various operations. The 119 sugar mills engage around 60,000 labourers at the rate of 500 labourers per mill, which means that around 3 lakh family members, including labourers, are dependent on sugarcane milling. A total of 5.66 crore people are dependent on sugarcane operations and sugar industrial activities for their economic needs in Uttar Pradesh.

In 2017-18, GST, administrative fees, state excise duty and export duty on the major by-products of sugar industry—molasses, bagasse, press mud, and ethanol and country liquor produced from molasses—are estimated to earn a total revenue of about Rs 10,400 crore and the state would receive about Rs 9,250 crore. In 2017-18, the market price of molasses was very low, due to bumper production and regulatory factors, and presumably if the market price of molasses would have been around Rs 500 per quintal as in previous years, then the revenue receipts of the sugar industry’s one of the by-products would have been an additional Rs 11,300 crore and the state would have received revenues of Rs 9,650 crore.

It is clear from the above that sugarcane and sugar industry have made a weighty contribution to the state’s economy as a whole and significantly to the rural economy. It is the most important economic driver in at least 44 districts covering the entire state except Bundelkhand and Allahabad divisions.