New Delhi, 19 Feb, (ANI): Congress general secretary Priyanka Gandhi Vadra on Wednesday targeted the Central Government over the budget and said that the issues pertaining to farmers have not been addressed in the state budget, which was presented yesterday by the Yogi Adityanath led government.

Taking to Twitter, the Gandhi scion stated, ” The budget of the Uttar Pradesh has come. The problem of stray animals belonging to farmers has not been mentioned. The issue of payment of sugarcane to the farmers is missing from the budget. The issue of compensation for crop wastage of farmers is also missing. The problem of the price of the crop to farmers is also not mentioned in the budget.” The Congress leader also shared a video in which farmers are narrating their ordeals.

In the 1:55 minutes long clip, Priyanka also did a voice-over and claimed that farmers are in deep trouble. “They are not able to sleep at night as the animals enter their farms during the night. The investigation must be carried out on the same.”

Yesterday, leader of Opposition in the Uttar Pradesh Assembly and Samajwadi Party leader Ram Govind Chaudhary had also called the budget brought out by the state government as anti-poor, anti-students and anti-farmers. 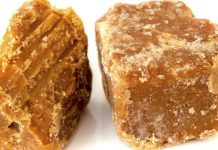