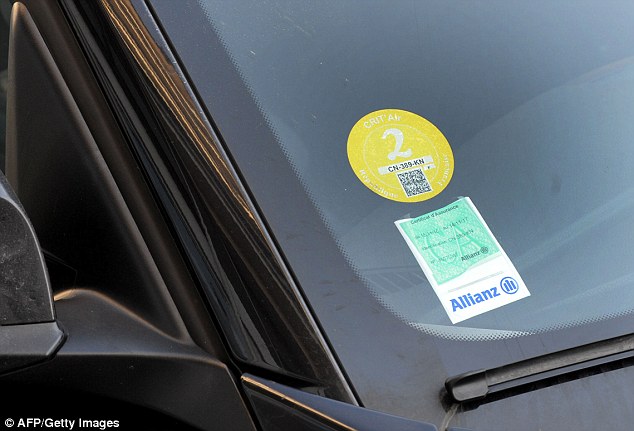 As of now, we aren’t sure what these indicative stickers hope to achieve, but this has similar tones to the plan being used in Paris, by which cars with low-emissions have more access to parking inside cities as well as access to congested areas.

We had reported earlier that the Ministry of  Road Transport and Highways (MoRTH) was considering the classification of vehicles using stickers to identify vehicles’ and their power source. Now, we can confirm that the Supreme court has accepted the suggestions from MoRTH and has advised usage of hologram-based coloured stickers which would indicate the type of fuel being used. As of now, we aren’t sure what these indicative stickers hope to achieve, but this has similar tones to the plan being used in Paris, by which cars with low-emissions have more access to parking inside cities as well as access to congested areas.

As of now, MoRTH responded to a  bench headed by Justice M B Lokur that hologram-based sticker of light-blue colour could be used for petrol and CNG run vehicles, while similar sticker of orange colour would be placed on diesel vehicles. This leaves green for electric cars, which may also get green license plates in the near future to further earn distinction from ICE (internal combustion engine) cars.  The bench led by justices S Abdul Nazeer and Deepak Gupta has asked the ministry to bring this plan to the streets by September 30th in Delhi and NCRs.In addition to the prima facie rule, the apex court has also asked  Additional Solicitor General A N S Nadkarni, who was representing MoRTH, to consider having green number plates for electric and hybrid vehicles. The MoRTH is looking into the feasibility of this and is expected to report back to the court soon with a response. The ruling comes as a result of advice from Advocate Aparajita Singh, assisting the court as amicus curiae in the air pollution matter. The advocate had cited the Paris model as an example for this showing that it had helped them better tackle the air-pollution problems more effectively.

As of now, the MoRTH is yet to put out an action plan for the stickers, although, like we have speculated, the stickers will probably come into force at a later date or ahead of Delhi’s famous winter fog, thus, effectively replacing the failed odd-even rule.