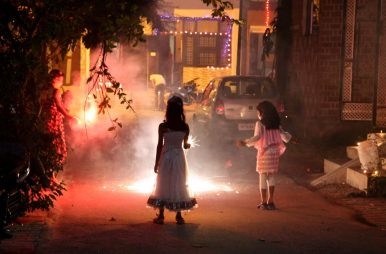 ChiniMandi: Supreme court on Tuesday said that they will not be banning firecrackers but to set some conditions over their use. According to WHO, Delhi happens to be world’s most polluted city, to tackle this deadly situation, the court has given permission to use safer firecrackers and to use them between only 8 pm- 10 pm during Diwali. “We tried to strike a balance,” said a two-judge bench, announcing a two-hour limit for all festivals and weddings.
A petition by three children had called for a complete ban on fireworks.