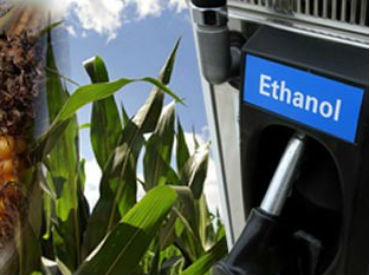 The country’s targets for ethanol-blended petrol continue to be missed largely on account of inadequate ethanol production.

Data compiled by the Indian Sugar Manufacturers Association (ISMA) show that there is a requirement of 31.36-lakh kilolitres of ethanol in the 21 States where the Ethanol Blending Programme (EBP) is being implemented. But there has been a supply commitment of only 17.63-lakh kilolitres of the biofuel for the December 2017 to November 2018 period.

The reason for the divergence in the trends between Uttar Pradesh and Maharashtra is believed to be an export tax levied by the Uttar Pradesh government, which disincentives inter-State movement.

According to Abinash Verma, Director General at ISMA, UP charges ₹2 on every litre of ethanol sold to other States. “The UP government has not removed this levy despite a reprimand from the Prime Minister’s Office,” Verma said.

Verma added that the PMO letter dated May 9 citing the Industries (Development and Regulation) Amendment Act, 2016, said it was illegal for the State government to tax ethanol supplies for non-potable purposes.

According to Verma, only Karnataka, Maharashtra, Gujarat and Goa have removed controls over inter-State ethanol movement meant for EBP. “The pace of easing regulation on ethanol transport has been slow and this is impacting industry’s supply commitment,” he said.

Haryana, on the other hand, recently increased the levy on ethanol brought into the State to ₹3 from ₹2. Interestingly, there was no tax on ethanol used for blending before the Manoharlal Khattar government came to power in 2016, said Verma.

Responding to allegations of State governments levying duties on export or import of ethanol, YB Ramakrishna, Chairman of the Working Group on Biofuels under the Ministry of Petroleum and Natural Gas, said, “The Supreme Court has clarified that States are not allowed to control or tax ethanol supplies meant for blending with fuel and industrial purposes.”

“The ethanol manufacturers have already made supply commitments and they have been meeting them till now. There has been no representation to say that they are getting a better price for ethanol from distilleries,” Ramakrishna countered.