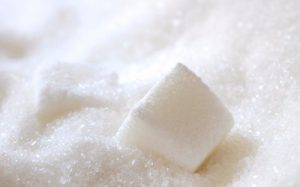 Thailand is captivating international investment in biochemical plants that make use of the nation’s plentiful sugar supply as the government provides incentives to diminish farmers’ dependence on exporting the commodity produced in abundance.

Thailand being the world’s second-largest exporter of sugar is facing a global supply glut that has depressed international prices of the commodity. The government seeks to reduce the exports to almost half the quantity within the next five years by using them as chemical feed stock, part of a goal of shifting the country to higher-value industrial activity.

Investments to expand biochemical plants are expected to boost domestic demand for sugar by almost 1 million tons this year. That is on top of the 2.5 million tons Thailand normally sets aside for domestic consumption every year. These investments are consistent with the government’s policy to ease the risk to farmers from producing commodity-grade sugar for export, which exposes them to volatile global prices.

As per sources, with the country’s oversupply expected to continue for the next few years, falling exports from Thailand are unlikely to have a major impact on global sugar prices this year. However, the continued falls of as much as 50% over the next four to five years from the normal export of around 10 million tons a year could eventually have a certain impact on the world market.