Home All News “The Govt. Has Done Its Job, Now The Ball is In The... 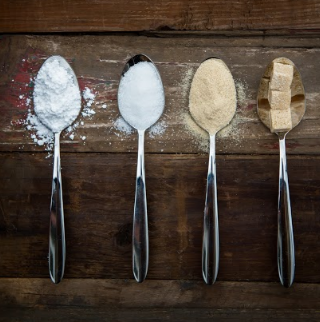 The emergence of India as the biggest producer comes at a time when a large global surplus has evoked Brazil to divert sugarcane to ethanol production. India, on the other hand, is striving to manage its current stocks while staring at another record output.

During the current Sugar Season with the production estimates continuously being revised upwards, and the prospects of the growing surplus, has caused the Govt., Sugar industry and all the stakeholders in the value chain to apply their minds to resolving the problem of plenty. The bumper production resulted in reducing global prices & weakening of domestic prices too. Sugar prices have dropped a whopping 18% – 20% since the beginning of the current crop in October 2017. Surplus production of sugar during the current sugar season had resulted in depressed sugar prices which have adversely affected the realization by the sugar mills from sale of sugar in the open market. Low realization from sale of sugar in the country during 2017-18 sugar season resulted in accumulation of cane price arrears.

The domestic market has been facing a huge surplus. Sugar traders have been offering lower prices to reduce inventory. Even mills have reduced their offer prices on expectations of a further increase in their output. Sugar mills have been constantly under pressure to sell their inventory to clear cane dues. The government has taken a slew of measures to bail out cash-starved sugar mills as well as cane farmers in the last one year.

Mr.Prakash Naiknavare – Managing Director of the National Cooperative Sugar Factories Federation in a conversation with ChiniMandi.com discussed on the current scenario of the Indian Sugar Industry.

Excerpts:
What are your views on the Rs.5500cr package announced by the Cabinet recently?
It’s an excellent policy in the right direction. Had this come about little early, would have turned to be more beneficial. Nevertheless the Govt. has done its job & now the ball is in industry’s court.

With the package announced, what would your piece of advice to the industry be to ensure a smooth season as well as making the best out of the package?
My advice to the mills is to immediately enter contracts with prospective buyers / merchant exporters & begin new season only with raws. Whites available in godowns can be used for selling in domestic market as our LQW has very limited demand in overseas market. Raws specs should be customised ie icumsa may be matched with buyers requirements. Millers should not be unduly bothered with the price difference between export realization & domestic realization as once sugar starts moving out of the country, domestic realization would automatically improve.

To enhance exports the Govt. has also approved for transport subsidy, however for India to sustain stability in the global market, what steps need to be taken by the producers?
India’s sugar export opportunity window is limited to Jan 2019 as Thai, Australian followed by Brazilian sugar is slated to enter the market then.
Food Secretary has called on 3rd Oct the Inter-Ministerial Meeting to discuss post policy status on exports. We will request the Govt. to put in place modus operendi of expeditious clearing of export claims which will encourage more exports

Should the Govt. carry on ahead with the stock limits and monthly release mechanism on millers/should this formula be extended for a longer period?
Continuation of release mechanism will ensure that all mills across India have equal opportunity to sell sugar in domestic market.