Home All News The Journey Of Rupee’s 2,000% Fall Against Dollar Since Independence 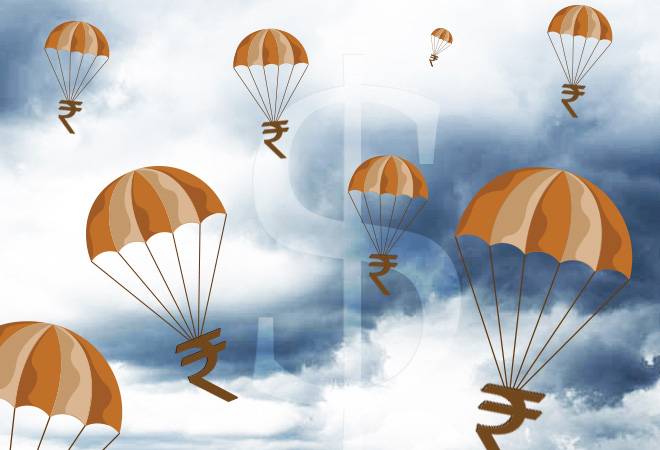 Given the record low of 70.08 per dollar that the rupee slipped to today, it’s hard to imagine a time when it could hold its own against the greenback. Indeed, in 1948, you would have been able to buy a US dollar for less than Rs 4 but in the past 71 years, it has seen an over 21-fold depreciation. Here’s a look at the factors that set it on the sliding path through the years.

At the time of Independence, there were no foreign borrowings on India’s balance sheet. To finance welfare and development activities, especially with the introduction of the Five-Year Plan in 1951, the government started external borrowings.

Back then the rupee was still pegged to the pound, so when the latter lost ground, so did the local currency. “Consequent to the devaluation of Pound Sterling, Rupee was automatically devalued to the same extent (as the Pound Sterling) on 18 September 1949,” the RBI revealed in an RTI response in October 2013.

As a developing economy, it was unavoidable that India would import more than it exports, which led to consistent balance of payments deficits. Despite this, and despite the spiralling external borrowings, which hit a peak in the 1960s, India managed to hold the exchange rate steady over the next decade – it had adopted a fixed rate currency regime after Independence. According to IANS, the rupee was valued at Rs 4.79 against a dollar between 1950 and the mid-1960s. During this period, substantial foreign aid helped delay the rupee’s inevitable fall.

But matters came to head in 1965. On the one hand, the government was already reeling under a budget deficit and, due to its negative rate of savings, could no longer depend on external borrowings. On the other, the Indo-Pak war – coming so soon after the Indo-China war of 1962 – sent military spending skyrocketing, which did another number on the budget, right as the US and other nations withdrew foreign aid.

This, along with the major drought that India suffered around the time which pushed up inflation drastically, forced then Prime Minister to devalue the rupee to 7.57 against the dollar in 1966 – a massive 58 per cent drop.

Over the next 25 years, the rupee continued to slowly depreciate against the dollar – its link to the pound sterling was severed in 1971 and it was directly linked to the dollar. This was on account of a host of factors such as political instability, lack of robust growth of the Indian economy held back by numerous scams and global factors like the 1973 Arab oil embargo, which widened India’s trade deficit. And a high deficit means the country has to sell rupees and buy dollars to pay its bills, which further reduces the value of the rupee. In the bargain, the rupee sank to a fresh low of Rs 12.34 to a dollar in 1985, and was barrelling towards its third devaluation.

The first Gulf War (1990), which sent crude oil prices surging again, the downgrade by global credit rating agencies and the disintegration of the Soviet Union all brought on a massive balance of payment crisis in India. High inflation and low growth only made matters worse. By June 1991, India’s forex reserves dipped to $1,124 million, just enough to cover around three weeks of imports. Hence, the rupee was devalued on July 1 and again on July 3, slipping a massive 18.5% against the dollar in total. To buy a dollar, one now needed to shell out nearly Rs 26.

Then, in 1993, the government unified the exchange rate and for the first time the rupee was allowed to float. With the exchange rate now free to be determined by the market – with provisions of intervention by the RBI in case of extreme volatility – the rupee lost more ground and fell to Rs 31.37 against a dollar. Over the next decade it posted an average annual depreciation of close to 5% and by 2002-03, it had fallen to Rs 48.40 against the greenback.

Then came a golden run, when the rupee started climbing against the dollar on the back of stellar FDI inflows wooed by the booming stock market, growing remittances and an uptick in export growth led by the IT and BPO verticals.

The rupee touched a high of Rs 39 to the dollar in 2007 but the global economic crisis of 2008 put a stop to the rally. By end 2008, the currency had hit a fresh low of Rs 51. Then, in 2012, the government’s budget conditions worsened due to spill-over effects of the Greece-Spain sovereign debt crisis, and the rupee fell further to Rs 56.

Factors ranging from volatile oil prices to vacillating foreign inflows, from global economic concerns to domestic issues like rising inflation have continuously rained on the rupee’s parade ever since. Turkey’s ongoing financial turmoil is just the latest factor weighing it down.