Home All News The Oil Market Is Likely To Remain On Verge About Potential Oversupply... 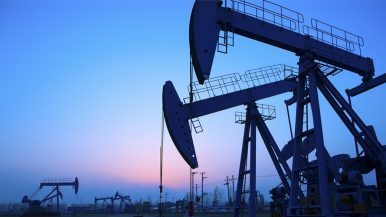 The oil market is likely to remain on verge about potential oversupply in the upcoming week, notwithstanding signs that U.S. sanctions on Iran could rein output. Woes that a trade dispute between the United Stated and China would slow economic growth and harm demand for oil have been at the forefront of the market recently. Despite these worries, the crude market will likely draw support from U.S. sanctions against Iran, which from November will include oil exports.
Iran is the third-biggest producer in the Organization of the Petroleum Exporting Countries, supplying around 2.5 million barrels per day (bpd) of crude and condensate to markets this year, equivalent to around 2.5% of global consumption. Energy consultancy FGE says it expects this figure to drop below 1 million bpd by mid-2019. Meanwhile, fresh weekly data on U.S. commercial crude inventories on Tuesday and Wednesday to gauge the strength of demand in the world’s largest oil consumer will capture the market’s attention. Market players will also focus on weekly rig count data for further signals on U.S. output levels. In an encouraging sign, the U.S. rig count, an early indicator of future output, fell by 9 to 860 last week, according to oilfield services firm Baker Hughes, hinting at a slowdown in production. That came after data released earlier in the week showed that U.S. crude supplies fell by 5.8 million barrels for the week ended Aug. 17. Oil futures rose Friday, with the U.S. benchmark booking its first weekly gain in about two months. West Texas Intermediate WTI crude for October delivery tacked on 89 cents, or 1.3%, to settle at $68.72 a barrel on the New York Mercantile Exchange. The U.S. benchmark ended about 4.2% higher for the week, following seven consecutive weeks of declines. Brent, the global benchmark, rose $1.09, or 1.5%, to $75.82 a barrel on the ICE Futures exchange, with the contract marking a weekly gain of around 5.5%. That snapped a three-week losing streak.