Czapp Opinion Focus
A renewed emphasis on plastic waste and environmental activism is emerging post-COVID. New media attention, COP26, and anti-plastic rhetoric by global leaders have sparked the next stage in the war against plastics. What pragmatic steps could the plastics industry take to head off demand destruction?

Before the COVID pandemic, the plastics industry was facing an unprecedented public backlash amid increased environmental awareness surrounding plastic waste. The pandemic pressed pause on this stage of the plastics war. However, as the world now emerges post-COVID, the focus on sustainability and environmental activism is back with a vengeance. If Blue Planet II was a pre-pandemic seminal event, raising global awareness of plastic waste, commitments made at COP26 and new high-profile media attention on plastic pollution will likely be the catalysts for a new post-pandemic wave of anti-plastic sentiment.

Global Leaders Take a Hard Line Against Plastics
The UK Prime Minister, Boris Johnson, recently hit the headlines over his criticism of recycling ahead of the COP26 conference. “Recycling isn’t the answer…it doesn’t begin to address the problem. You can only recycle plastic a couple of times, really. What you’ve got to do is stop the production of plastic. Stop the first use of plastic.” And other global leaders agree with him – opting instead to phase out certain plastics entirely, rather than wrestle with plastics recycling. France and Spain recently both passed legislation outlawing the use of plastic packaging in supermarket fruit and vegetable aisles. The Scottish government has also recently suggested a ban on certain single-use plastic items. 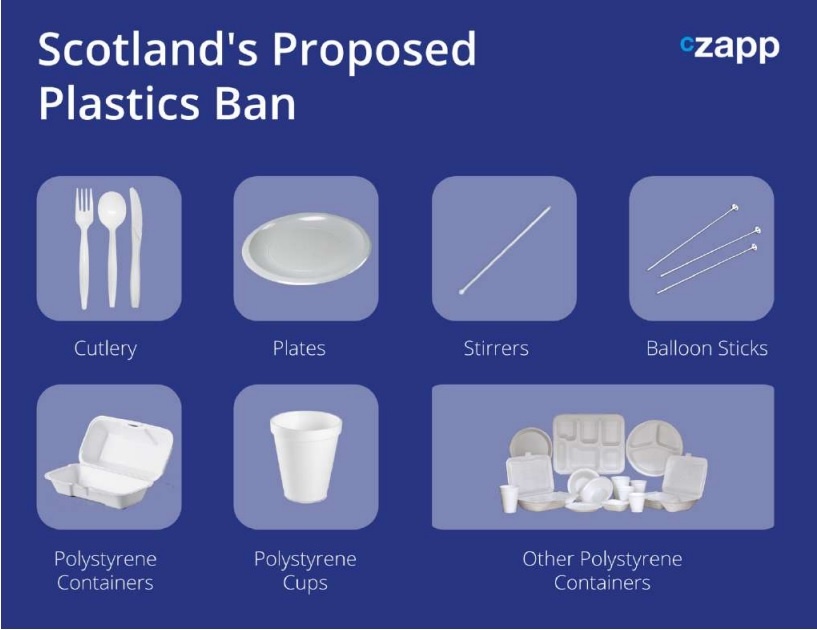 It also seems that company after company has pledged to further reduce or end the use of single-use plastics in recent weeks and months. According to the Ellen MacArthur Foundation, the use of virgin plastics fell for the second consecutive year in 2020.

The Recycling Dilemma
So, is Boris Johnson correct? Is recycling just too hard and too ineffective at solving the global plastic waste crisis? Well, yes and no. One issue that comes into play is our understanding of recycling. Often, recycling is conflated with upcycling or downcycling – a trend that involves the reuse of plastic for another purpose. Take clothing made from recycled plastic, for example. Around 60% of the world’s recycled plastic bottles end up as polyester fibre used within the fashion and textile industry.
As many items of clothing contain a mixture of textiles, it makes it almost impossible for the plastic to be recycled again after this point. So, often, these products are destined for landfill, a dead-end for recycling and sustainability. There’s also the issue of cost. Recycling technology is expensive and building the associated national infrastructure, such as collection schemes, is a costly and slow process. Whilst huge investment is occurring within the sector, it’s also up against ambitious commitments and aggressive time frames. It’s much cheaper and quicker for governments to focus on the Reduce element of the Reuse, Reduce, Recycle mantra in order to achieve quick wins and vote winning headlines.

Manufacturing Innovations
Although there’s a war raging against plastics, the truth is that the use of plastics also come with a host of benefits and advantages. 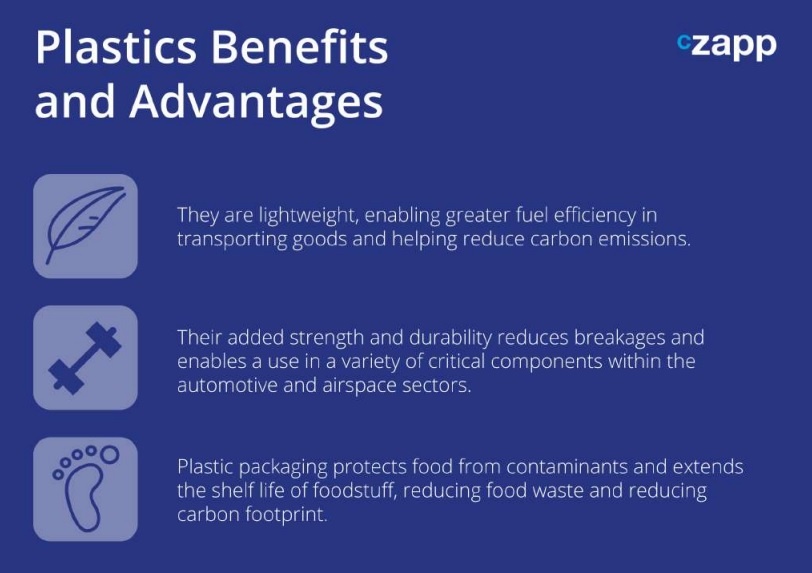 In many ways, their superior properties are also their downfall. The high durability of many plastics makes them almost impossible to fully break down in nature. And while it’s true that some plastics can only be recycled a finite number of times, more and more recycling and closed loop technologies are emerging to challenge the notion that plastic journeys must end after a few uses. In addition to several chemical recycling projects under construction, which are capable of consuming large volumes of single of mixed plastics streams, other innovations are also taking place to recycle post-consumer waste. Israeli company, UBQ Materials, has created a component that can be added during standard manufacturing processes and allows plastics to be endlessly recycled. UBQ can take a host of waste, including unrecyclable plastic and organic materials and reduce them down to a closed-loop thermoplastic.
Another new material called PDK (or polydiketoenamine) is an infinitely recyclable polymer created by scientists at Berkeley Lab in California. The molecules can be separated by dipping the plastic in acid and any additives can be removed. The process does not degrade the material like many chemical recycling techniques do. And, while it’s still relatively expensive to produce virgin PDK, its recycling costs are competitive. Australian start-up, Samsara, has created plastic-eating enzymes that break any plastic down to its molecules and these can then be used to create new plastics. The company stemmed from a discovery by the Australian National University and is currently working with supermarket chain, Woolworths.

Expanding Recycling Capabilities
Although incredibly promising, these technologies remain costly and difficult to scale. So, in the meantime, manufacturers are taking steps to make the plastics and the packaging they use easier to recycle. For example, coloured PET bottles often cause recycling issues because they can contaminate waste streams and lead to higher costs for bottlers needing clear colourless material. Soft drinks manufacturer, Coca-Cola, has now switched the packaging of its Sprite bottles from green to clear plastic, allowing them to be more easily recycled. 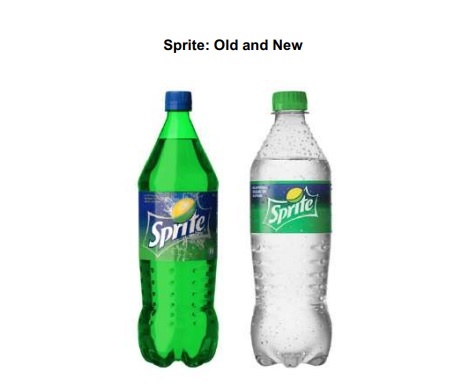 Other brands, such as Danone, have produced unlabelled bottles to reduce waste and make recycling easier. Municipal recyclers are also expanding capabilities to address a greater range of plastic types. In a breakthrough in household recycling in the UK and Ireland this year, soft plastics can now be placed in the recycling bin rather than the waste. Previously, the technology in recycling facilities had been unable to separate the different material types.

Concluding Thoughts
• Although anti-recycling comments are somewhat disconnected from the general market direction, the plastics and recycling
industry should come under ever more intense scrutiny.
• With the implementation of the European Single-Use Plastic Directive this year, many countries are now targeting new bans and
extensions of policy towards other more difficult to recycle plastics.
• Failure to deliver on commitments or innovate new solutions towards certain plastic waste streams will simply result in a greater
number of bans and taxes, and potentially discourage new investment in recycling.
• The UK will introduce its own plastic tax in April 2022, whilst those in Spain and Italy continue to face delay.
• Other European countries should also introduce similar measures to fund new investment and mitigate contributions towards
the EU Plastic Packaging Levy.
• The pressure upon plastic consumption as well as waste generation has never been greater.