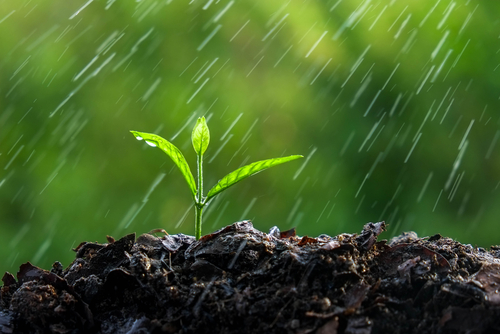 However, the southern peninsula and major parts of northeast India are likely to witness “below normal” rainfall this season, it said in a statement.
East India, especially Bihar, Odisha, Jharkhand and West Bengal are likely to see normal monsoon rains through the season.
“India is most likely to witness normal annual monsoon rains at 100 per cent of the Long Period Average (LPA),” it said.

June would record excess rainfall, July is likely to be normal and August below normal, it added.
Rainfall activity will pick up again in September.
Southwest monsoon was “below normal” last year, distressing the agriculture sector in parts of the country.
The four-month monsoon season provides about 70 per cent of the country’s annual rainfall.

Devolving La Nina and gradual warming of the Pacific is ruling out the possibility of excess rains, Skymet CEO Jatin Singh said.
El Nino and La Nina are linked to cooling and warming of Pacific waters respectively.
Positive and negative Indian Ocean Dipole (IOD) is also related to cooling and warming of sea surface temperatures of the Indian Ocean.
El Nino, La Nina, IOD are one of the many factors that influence the southwest monsoon.
The IOD is expected to be neutral this time.
“Nevertheless, El Nino index and neutral IOD may not have any adverse impact on the monsoon performance and thus, Monsoon 2018 is likely to be normal” he said.