Home All News Though India Will Be The World’s Largest Sugar Producer, Brazil To Remain... 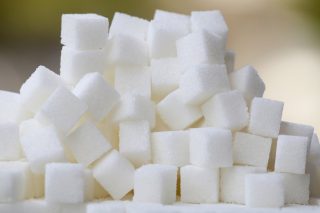 The world’s top sugar producer Brazil, set to pass the crown to India for the first time in 16 years. The U.S. Department of Agriculture’s Foreign Agricultural Service in a report on Tuesday that the production in India this season may rise 5.2 percent to a record 35.9 million metric tons on increasing acreage and improving yields, Brazil’s output may tumble 21 percent to 30.6 million tons due to the adverse weather and a shift to produce more cane-based ethanol. The Global production is forecast to fall 4.5 percent to 185.9 million tons, trailing the May estimate of 188.3 million, after the outlooks for Brazil, Thailand and the European Union were revised lower.
Brazil is expected to remain the top exporter, followed by Thailand. The marketing season runs from April to March in the South American nation and from October to September in India. Raw-sugar futures have slided 18 percent this year in New York amid bumper crops. In 2017, the price tumbled 22 percent.