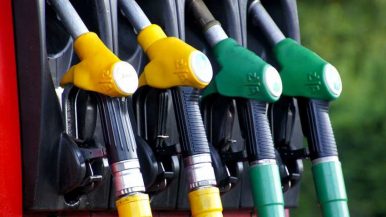 New Delhi, Oct 8 (PTI) The Tamil Nadu government Monday said it may ‘consider’ reducing taxes on petrol and diesel, but pointed out its spending on various initiatives, including implementation of the seventh Pay Commission recommendations.

When asked if his state would cut taxes on petrol and diesel, Tamil Nadu Chief Minister K Palaniswami highlighted the requirement of funds for various welfare measures.

He was speaking to reporters here after meeting Prime Minister Narendra Modi to seek Central assistance for various initiatives in the state.

“In Tamil Nadu, as far as the Amma (late Jayalalithaa) government is concerned, funds are required for various departments,” he noted.

While the state had recently okayed the implementation of 7th Pay Commission recommendation for its employees, arrears for Transport department staff was also being disbursed, he said.

“Welfare initiatives are happening in various departments. After creating the fund source, government will consider your plea,” he told media when asked if his government would axe the tax on fuel.

The Centre had last week announced a Rs 2.50 a litre cut in petrol and diesel prices, factoring in excise duty reduction of Rs 1.50 per litre and asking oil companies to absorb another Re 1.

Many BJP- ruled states had taken a cue from this and announced tax cuts.

Earlier too, Palaniswami had said his government would consider reducing the state tax on petroleum products even as he had put the onus of slashing taxes on the Centre.

“Only the Centre can reduce.. The Centre is only increasing the prices, not the state (government),” he had said last month, in an apparent reference to Oil Marketing Companies’ daily revision of petrol and diesel prices.

Pointing to the difficulties in fund allocation for various projects, he had said: “We need sufficient funds but the government will consider the plea (on tax cut)”.

On reports about mining firm Vedanta Ltd being allotted oil blocks in Tamil Nadu, Palaniswami said, “any project adversely affecting people will not be allowed”.

The firm’s copper smelter unit in Tuticorin in the state, had earlier been ordered by the state government to be permanently closed following a public outcry over pollution concerns.

An anti-Sterlite protest on May 22 had turned violent, with 13 protesters being killed in police firing.