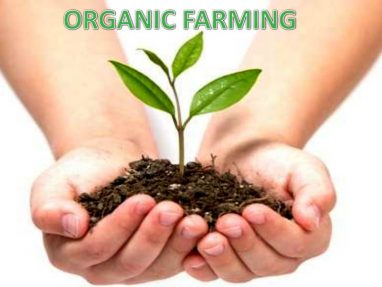 Panaji, Jan 10 (PTI) Announcing setting up of 500 organic farming clusters, Goa agriculture minister Vijai Sardesai Thursday said the objective is to create a ‘brand Goa’ in the farm sector on the lines of ‘Whole Foods’ in the US, and provide an impetus to farming with a thrust on organic farm produce.

The minister also announced plans to sign an agreement with an Israeli company for organic farming, to bring down cost as currently this mode of farming is expensive.

“We are going to enter into an agreement with an Israeli company wherein we will be creating a centre of excellence for organic farming,” he said without offering details while addressing a seminar on farming.

He said the state government cleared the 500 organic farming clusters just two days ago. Calling for following the UN’s sustainable development model, he said the state can achieve this by developing a ‘brand Goa’ which sells well even today and cited the example of how a brand called Goa Gutkha, which is neither owned by a Goan nor manufactured in the tiny tourist state, is sold well just for its label.

“That gutkha is neither produced in Goa nor consumed here, but that person made so much money that he bought Vijay Mallya’s house,” he said referring to the purchase of the KingFisher Villa by businessman and actor Sachiin Joshi for over Rs 73 crore in 2017.

The minister further said farming should become self-sufficient not only in terms of output but also in terms of
quality.