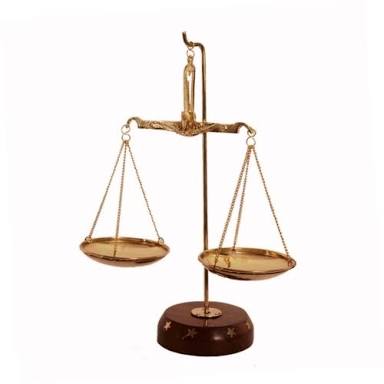 If one reads the Press Release on the so called “Relief Package” for the sugar industry, one can only rue the fact that the Govt. and the industry in their collective wisdom have decided that the only way forward for the industry is to have the Govt. takeover control of running the industry as it did prior to April 2013.

We now have the Govt. telling the industry what price it should pay for sugarcane, what price it should sell its sugar and also fix the quantity that it can sell per month. It’s the good old days of the Permit-License Raj which only brought succour to the “well connected” stakeholders. Instead of letting the market forces decide the quantum of sugarcane to be planted, it will now be dictated by the FRP on sugarcane and the Minimum Selling Price on Sugar.

When one compares the FRP on sugarcane with the Minimum Support Price of competing crops like Paddy, Wheat, Soya, Mustard, etc., sugarcane gives a 40 to 50% better return per annum, so for a farmer who has access to water, planting sugarcane is a no brainer. Additionally in states like Maharashtra, Karnataka & Gujarat, where the Mills undertake the harvesting and transportation of cane to the Mills the farmer can sit back and relax as the money accrues to his account. In the case of the other crops, the farmer needs to organise the harvest, transportation to the Mandis and then follow up with the Govt. procurement agencies for his payment.

However, we digress, the main point of this article is the potential pitfalls of what the Govt. announced today. One very critical factor that was mentioned in the Press Release was that The Minimum Selling Price of sugar of Rs 29 per kg was linked to the current Fair and Remunerative Price (FRP), and that the same would be changed as and when the FRP is changed, also that the Minimum Selling Price of Sugar would be notified under the Essential Commodities Act (which includes incarceration as one of the penalties). Firstly, the Fair and Remunerative Price (FRP) on sugarcane by its very nomenclature and the rationale behind it, is supposed to compensate the farmer for not only his cost of production but also a reasonable return.

One assumes that when the Commission for Agricultural Costs and Prices (CACP) recommended an FRP for the year 2017-18 of Rs 2,550 per metric ton of cane linked to a recovery of 9.5%, they would have taken into account a certain cost of conversion of that cane into sugar and other bye products (Molasses and Bagasse). Basis an FRP of Rs 2,550 PMT of cane, the cost of production of sugar would work out to a minimum of Rs 32 per kg going upto Rs 35 per kg in some cases. So the big question is what is the rationale for fixing a minimum price of Rs 29 per kg? On a realisation of Rs 29 per kg will the Mills be able to generate enough revenue to pay the farmer the equivalent of Rs 2,550 PMT of cane? Secondly, by accepting to allow the Govt. to fix a minimum price under the Essential Commodities Act, it is but a small step from the Govt. fixing the Maximum Selling Price on Sugar. Will that be acceptable to the industry? Once again what will that Maximum Selling Price be, will it be again with a negative differential of Rs 3 to 5 per kg, thereby ensuring that the industry does not generate enough revenue to justify further investments?

Given the latest announcements, as long as India continues to have a normal monsoon, at least in the cane growing regions, the Indian farmer will continue to grow more cane than is required and generate huge surpluses of sugar which would remain uncompetitive in the world market and therefore, continue to pile up within the country. In May 2018, the Govt. decided to indirectly subsidise the export of 2 million metric tons of sugar at an estimated cost of Rs 1,540 crores. In light of their decision today this subsidy amount is short by about Rs 400 crores (Rs 2,000 PMT). If the situation remains unchanged, and the Govt. needs to subsidise exports out of the huge surplus anticipated next year, estimated to be 4 million MT of export, the subsidy bill for the next Sugar Season (2018-19) will be close to Rs 4,000 crores. This size of subsidy bill will need to be paid for as long as we continue to generate a surplus production.

So, what is the solution? The surplus production for this year is already in the warehouses, the next year’s surplus has already been planted (estimated production for 2018-19 is 33.5 million MT, up from 32.2 million MT in 2017-18), so there is an immediate problem that needs to be solved and a longer term one. For the immediate problem the solution will only come from the export of sugar. Given today’s decisions, should the domestic price sustain at above Rs 29 per kg, the Mills do not have any incentive to export their sugar. The view that will prevail is that if one can realise Rs 29 per kg in the domestic market, one does not need to export under the MIEQ and one can forego the subsidy announced on cane crushed of Rs 55 per MT of cane. This will mean that sugar will remain in stock and will continue to pile up until the situation becomes unmanageable.

The more longer term solution will come from diverting sucrose from sugar to alcohol, which has been adequately addressed by the provision of loans on soft terms to Mills for the building up of Distillation capacity to produce Ethanol, but along with this, the use of sugarcane juice directly to produce alcohol should also be allowed and promoted.

Finally, the Govt. needs to promote the use of the Sugar Futures Market to allow the Farmers and Millers to discover the price of sugar on a longer term basis. This can only happen if the Govt. allows participation in the futures markets by Financial Institutions and Funds and undertakes not to interfere in its operation by bringing in restrictions and banning trading at the first sign of stress.