Home All News Trade War: From Natural Gas To Chicken Breasts; Here Is A List... 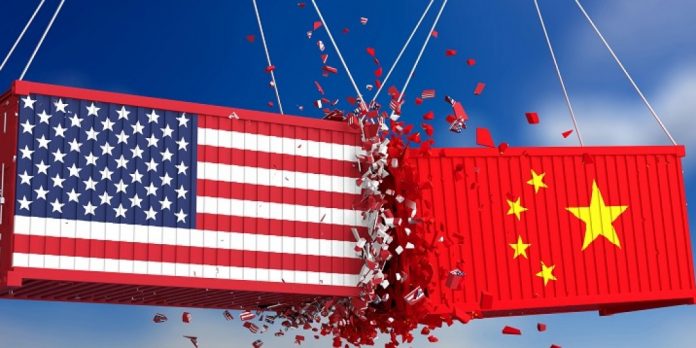 hina’s proposal to add a new round of tariffs on $60 billion worth of goods it imports from the U.S. — retaliation for expanding planned tariffs by the Trump administration — is only hitting one commodities sector hard: liquefied natural gas shipments.

A roundup of the tariff effects on commodities is below.

LNG
China is proposing a 25 percent tariff on imports of U.S. liquefied natural gas, a major blow to an emerging American business.

It’s the first time the fuel has been ensnared by the expanding trade war and billions of U.S. dollars may hang in the balance. Cheniere Energy Inc., which began exports in February 2016 from a U.S. gas market glutted with the fuel, fell on the news. Cheniere, Tellurian Inc. and other LNG developers have been courting utilities and state-backed companies in China to fund construction of more terminals to ship the super-chilled form of the gas.

Metals
China proposed a 25 percent tariff on imports of copper ore and concentrate from the U.S., which shipped about 70,000 tons to the country last year. That’s a negligible amount for China, which imported 17 million tons total last year, according to the U.S. Census Bureau.

“Copper is a global market that depends much less on regional trade flows and therefore tariffs in any one region should not have a material impact on the market,” Chris LaFemina, an analyst at Jefferies, said by telephone from New York.

While the duties don’t pose a big threat to American producers or global prices, they may create headaches for traders.

China is also slapping 25 percent tariffs on the following items:

Agriculture
Most major U.S. crops were already hit by previously announced Chinese duties, so the fresh duties announced Friday on about $60 billion worth of American goods is leaving the farm largely unscathed. Products that were included in the latest list like soybean oil aren’t shipped in large amounts to the Asian nation. Fines were also slapped on turkey and chicken breasts, but China has maintained a ban on American poultry imports since 2015.

Tariffs on fertilizer shipments are of “no concern,” RBC Capital Markets analyst Andrew Wong said in an email. “China mostly only imports potash for fertilizer use, and that comes from Canada.”

In the larger picture, U.S. agriculture has been dealt a heavy blow from the trade war. In July, China slapped duties on American shipments of soybeans, cotton, pork, corn, wheat and other items. Farmer groups have decried the trade tensions as soybean futures slumped.

Lumber
Everything from oak wood to veneered panels of laminated wood has been ensnared in China’s escalation of the trade battle with the U.S. Half of U.S. hardwood production is exported, and the bulk goes to China, Michael Snow, executive director of the Sterling, Virginia-based American Hardwood Export Council, said Friday in a telephone interview.

“This could be, I don’t want to say ‘catastrophic,’ but very, very painful for the industry,” Snow said.

Power/Renewables
China plans to impose a 25 percent tariff on imports of U.S.-manufactured solar cells — but the world’s biggest manufacture of solar cells currently imports few of the cells used to make panels that generate power.

Noticeably absent from the latest list is polysilicon, the main ingredient in solar cells, which the U.S. does export to China. That’s probably because there’s already an existing 57 percent Chinese duty on U.S. polysilicon due to an earlier solar trade dispute now in its fourth year.

Oil
Oil was left unscathed, with crude and refined products absent from the list. Still, the potential for tariffs has China’s largest refiner holding back on any purchases from the U.S. at least through September, according to a person familiar with the situation.