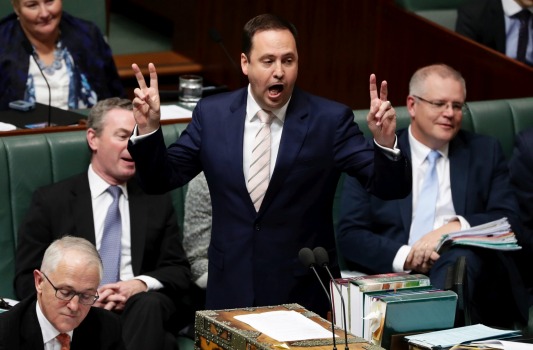 The Turnbull government is considering a World Trade Organisation challenge to a swathe of recent agricultural trade barriers imposed by India which are hurting Australian farmers.

Lamenting that free trade negotiations with the world’s second most populous nation had stalled, Trade Minister Steven Ciobo flagged the challenge, less than three weeks after the government quietly released a blueprint to build stronger economic ties with India.

Since late last year, India has been ratcheting up tariff and non-tariff measures affecting Australian grain and pulse growers. A 30 per cent tariff was imposed on imports of chickpeas and lentils, a 50 per cent tariff on field peas, while the tariff on wheat was doubled to 20 per cent.

The Indian government has also slapped quotas on mung beans and yellow peas, and is subsidising sugar exporters.

While the tariff hikes do not breach WTO rules because India has very high ceiling, or bindings, on agricultural tariffs, trade officials believe the restrictions on mung beans and yellow peas as well as sugar subsidies, are contestable.

Exports of mung beans and yellow peas were worth a combined estimated $140 million last year, while the sugar export subsidies are artificially depressing the global sugar price.

Mr Ciobo told a grains industry conference in Melbourne on Wednesday he put Indian Commerce Minister Suresh Prabhu on notice in June the government was “determined to vigorously defend” the interests of Australian producers.

“These are profoundly disappointing developments,” he said.

“They have had, and will continue to have, an adverse impact on Australian producers.

“While some of these trade actions are within WTO rules, there are real doubts about other measures and we are working closely with industry and other affected trading partners to evaluate the prospects for a successful challenge.”

Mr Ciobo said the Indian agricultural sector had nothing to fear from Australian exports.

“In my meetings with Indian counterparts I have stressed that Australia is well placed to help meet India’s growing food needs. But Australian exporters require certainty to enable further investment to expand and grow exports to the Indian market,” he said.

“The truth is India’s demand for food products, including grains and pulses, will outstrip supply by a wide margin.”

“That said … [Mr] Prabhu and I had a promising discussion in late June and he undertook to bring forward new proposals to rejuvenate the negotiations. But a CECA with India will only be possible if it delivers commercially meaningful gains.”

Meanwhile, the coalition of countries making up the influential Cairns Group Farm Leaders (CGFL) said they were deeply concerned about the global impact of Mr Trump’s $US12 billion support package for US farmers.

They said the Trump subsidies would hurt farmers in countries where there was little or no government support, as is the case with Australia, with the exception of some current drought-related relief packages.

Ms Simson, who is also National Farmers’ Federation president, said the retaliatory tariffs might create opportunities for Australia in China and other markets in the short term, but there was a risk of long-term pain.

“In the short term, some Australian farmers are probably feeling we could benefit from some of the sanctions that are being applied because the US is one of our biggest competitors into some of those markets,” she said.

“However, we think it’s a very slippery slide and, if the trade wars were to escalate, then Australia could well find itself caught in the middle of something that is going to be detrimental rather than offer anything positive to Australian farmers.”

Trade war will hurt farmers
Mr Ciobo said the federal government was seeking advice from the US about the assistance package to assess possible impacts on Australian farmers and commodity exports.

They said Mr Trump should follow the advice of US farm organisations and restore market access for American farm exports by retreating on his protectionist policies.

Mr Trump’s $US12 billion sweetener failed to sway powerful lobby groups such as the US Wheat Associates (USW) and the National Association of Wheat Growers (NAWG), who urged the President to take on China’s unfair trade practices through the WTO.

“Our concerns still lie in a lengthy trade war that will cause long-term, irreparable harm to US agriculture,” USW and NAWG said in a joint statement.

“We urge the [Trump] administration to recognise this self-inflicted damage and to end the trade war immediately as well as to work within the rules-based trading system in partnership with like-minded countries to address serious problems in the global economy.”

The two organisations, representing farmers in more than 20 states, renewed their calls for Mr Trump to join the Trans-Pacific Partnership and to finalise North American Free Trade Agreements.

Ms Simson said US farmers had made it clear that they wanted trade, not aid.

“I think it is quite significant that it’s not just American farm leaders who are concerned, but also the Cairns Group Farm Leaders who have condemned Trump’s actions and supported a rules-based trading system,” she said.