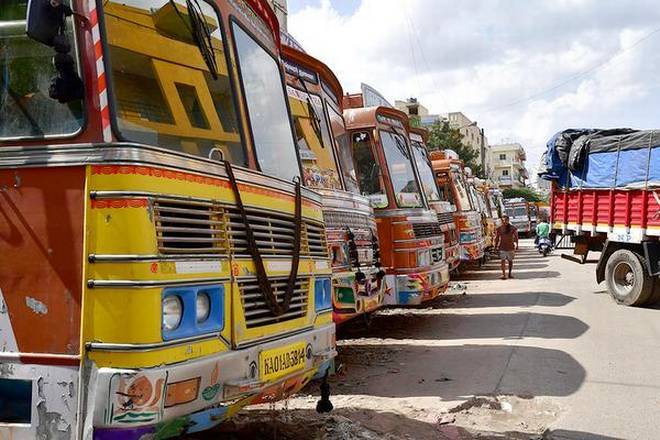 Truckers today called off their eight-day old strike after the government’s assurance to look into their demands, according to a statement.
All India Motor Transport Congress (AIMTC), which claims support of 93 lakh truckers, had gone on an indefinite strike demanding reduction in diesel prices, among others, from July 20.
In a joint statement, the Road Transport and Highways Ministry and AIMTC said the strike has been called off.
The decision was taken after a marathon meeting of transporters and senior Road Transport and Highways Ministry officials today.
After the assurance from the government to look into transporters demand and constitute a high-level committee under the Road, Transport and Highways Secretary, the strike was called off, the statement said.
Transporters’ demands included a reduction in central and state taxes by bringing diesel under the GST so that price of the deregulated commodity can be reduced.
Essential commodities had been kept out of the strike.