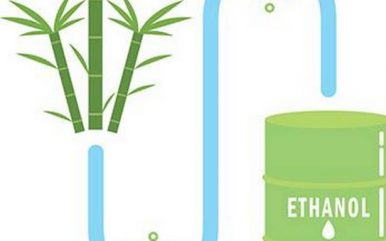 The downturn in U.S. ethanol exports to Brazil, while somewhat expected, was another blow to biofuel producers reeling from low prices and near-record large stockpiles.

Only 4,395 gallons (about 105 barrels) of U.S. ethanol were exported to Brazil in August, down sharply from 24.5 million gallons (about 583,400 barrels) in the same month a year ago. The monthly imports were the smallest since Brazil brought in no U.S. supplies in October of 2015, USDA data showed.

“We were fully expecting the big drop in Brazil. This may be a little less than we were thinking,” Cooper said.

Sales of Brazilian sugar-based ethanol in the second half of August hit an all-time high, cane industry group Unica said.

In a move that U.S. biofuel makers hope will shore up demand, President Donald Trump next week in Iowa is expected to announce the lifting of a summer ban on the sale of higher ethanol blends of gasoline in the United States, sources told Reuters.

Ethanol producers have been angling for the removal of the ban. The industry has been at odds with the White House after the administration gave numerous oil refineries exemptions from the nation’s biofuels blending laws that require them to blend – or pay for credits – corn-based biofuels into the nation’s fuel stock.