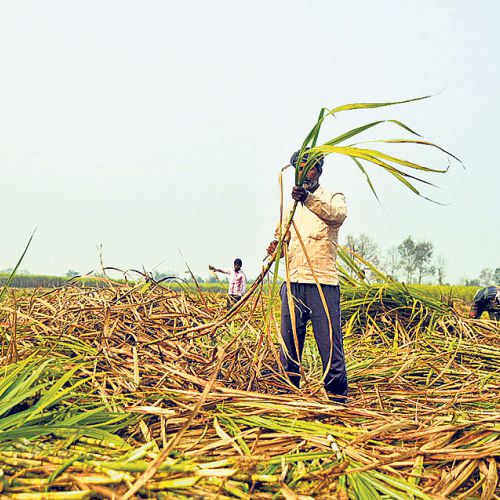 Chandigarh: A week after the beginning of sugarcane crushing in Haryana, the sugarcane farmers are still awaiting for government to announce State Advisory Price (SAP). Cane growers claim that this will delay the disbursement from sugar mills.

Leaders of various farmer unions have threatened to launch a statewide agitation if the government further delays announcement and accused the government of turning a blind eye over the issue.

Sugarcane farmers are also demanding hike in cane price. Sugarcane farmers under the banner of Bhartiya Kisan Sangh (BKS) have set the deadline of December 30 for government to declare Rs 370 per quintal of sugarcane. If this demanded is not fulfilled then they warned to lock sugar mills in the state on January 5.